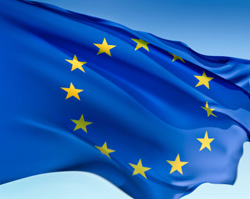 BRUSSELS – International Business – “Knowledge is power, as the saying goes: it is vital that we attract the brightest and best researchers and students because they contribute to a successful knowledge economy in the EU. Our aim through the Marie Curie Actions and new Erasmus for All programme is to make Europe the destination of choice for higher education, research and innovation,” said Androulla Vassiliou, Commissioner for Education, Culture, Multilingualism and Youth. Research and the energy of youth are seen as keys for building a solid and growing economy.

In Northwestern Ontario, there was enormous action on building a knowledge-based economy in recent years. Much of that discussion has now seemingly shifted back to our region’s potential as a primary resource sector with mining taking the lead over much of the research discussions.

The shuttering of the Experimental Lakes Area is an example of how the federal Conservatives are, in the words of their political opponents engaged in a war on science. There are many areas where Thunder Bay and all of Northwestern Ontario could be a major focal point in the growth of the knowledge based economy of the future.

In October 2011, then Premier Dalton McGuinty proposed a future based on the development of hydrogen based commuter trains. Since that date, Dalton McGuinty, and all other political leaders have remained stone silent on the huge potential of hydrogen powered rail. However the world has continued to move forward. It is by building for the future that potential can be realized.

The European Union, in moving forward appears to be recognizing that engaging youth, new ideas and research are a key to economic success.

The commission states, “The EU needs to attract talented non-EU students and researchers who can contribute to our growth and competitiveness with their knowledge and skills. Moving to Europe temporarily is an opportunity embraced by over 200.000 students and researchers from outside the EU every year. However, far too many of them have to face unnecessary bureaucratic hurdles. Current rules for obtaining a student visa or a residence permit are often complex and unclear; procedures can be lengthy and vary considerably across Member States and moving from one Member State to another can be very difficult or even impossible. This hampers the possibility to provide EU countries with a greater pool of talent and reduces the appeal of the EU as a world centre for excellence”. 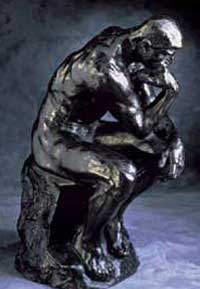 Today the Commission proposed to make it easier and more attractive for non-EU national students, researchers and other groups to enter and stay in the EU for periods exceeding three months. New legislation will set clearer time limits for national authorities to decide on applications, provide for more opportunities to access the labour market during their stays and facilitate intra-EU movement.

“Coming to the EU for research or study is far more difficult than it should be. We have to remove these obstacles to make the EU more open to talents. Such mobility benefits the EU and our economy through the circulation of knowledge and ideas.” said EU Commissioner for Home Affairs, Cecilia Malmström.

Experience with the implementation of current legislation has shown that Member States were not able to fully address the difficulties that applicants face when wanting to come to the EU to study or conduct research. The Commission is now proposing to set clearer, more consistent and transparent rules across the EU. The two current Directives on Students and Researchers will be modified and replaced by a single new Directive, which will improve:

The proposed Directive which is presented in the form of a recast now needs to be discussed and agreed upon by the European Parliament and the Council of the EU. The Commission hopes for the new rules to take effect as of 2016.

The overall picture at a glance

Despite the current economic downturn and the rising unemployment levels, many EU Member States still struggle to fill skilled labour positions. There is evidence that this struggle is going to persist during the decade ahead for both economic and demographic reasons.

One of the problems is that the EU is not able to attract the workforce it needs while other countries worldwide are doing much better when it comes to making it more appealing for these talents to join them at the earlier stage of universities studies and research projects. It is therefore in the EU’s own interest to become more attractive for foreign students and researchers and to increase its appeal as a world centre for excellence. More exchange students and international scholars will lead to economic growth, spur innovation and lead to more jobs in the long run.

Today, the European Migration Network (EMN) run by the Commission also publishes a Study on Immigration of International Students to the EU. It provides a sound analytical overview and statistical information on the immigration and mobility policies of Member States and of their national strategies to promote Europe as an attractive destination for international students.

For Thunder Bay, Northwestern Ontario, and Canada competing in the future will mean greater engagement for the potential of our region to be matched.