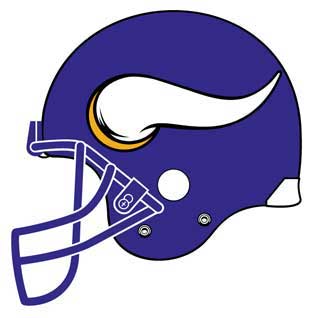 THUNDER BAY – Sports – After an exciting finish to the regular season, the NFL’s second season has arrived. For the coaches and managers whose teams did not make the playoffs, the end of 2012 was tough. A slew of coaches, assistant coaches and general managers were fired at the end of 2012. But for the teams headed to the ‘Second Season’ the excitement for players and fans continues.

“We’re starting the second season, the tournament, the playoff season now,” says Denver Broncos head coach John Fox, whose team clinched the No. 1 seed in the AFC playoffs. “We’ve got a lot of things to work on and we will.”

Week 17 came right down to the wire as 10 of the 16 games played on the final day of the regular season had playoff implications. Sunday’s excitement was due in part to having 16 divisional games played on the season’s final day, a tradition instituted in 2010. The NFL also arranged the schedule to ensure as many meaningful games as possible in each broadcasting window, resulting in the highest collective Sunday rating since at least 2006 (when the Sunday primetime package went to NBC). And the regular-season’s final game – game No. 256 of 256 – determined the NFC East division champion as Washington defeated Dallas in awinner-take-all matchup.

“I’m so happy we’re going to the playoffs,” says Redskins rookie running back Alfred Morris; who rushed for 200 yards and three touchdowns in the Week 17 victory.

The final 12 teams are now set. It doesn’t matter how you got here. All that matters is that you’re here.

“A new season is about to begin,” says Atlanta Falcons running back Michael Turner. “The No. 1 seed does not guarantee playoff wins in this league. We have to go out there and show the world that we are the best football team in the NFL. We will take it one day at a time. Whichever opponent we face, that’s going to be a good football team.”

The NFL playoffs, which conclude on February 3 with Super Bowl XLVII at the Mercedes-Benz Superdome in New Orleans, begin this Saturday and Sunday with Wild Card Weekend.

“I’m so excited,” says Seattle Seahawks rookie quarterback Russell Wilson, who tied Peyton Manning’s single-season rookie record with 26 touchdown passes. “I’m ecstatic. It’s a great opportunity. It’s a blessing. We’ve gotten wins so far in the regular season and now the whole season starts over. The mindset doesn’t change. We have to go 1-0 every week and continue to compete. We’re really excited about the opportunity and we’ll be ready to play.”

The Seahawks are one of four new teams in this year’s playoff field, joining Indianapolis, Minnesota and Washington. Since the 12-team playoff format was adopted in 1990, at least four teams have qualified for the playoffs that were not in the postseason the year before.

And this year’s crop of playoff teams is a strong one as every team won at least 10 games.

“Playoff football is different than regular-season football,” says Falcons head coach Mike Smith, who is the first head coach in franchise history to guide the team to the playoffs in four of his first five years. “We’re looking forward to it.”

In Week 17, Minnesota running back Adrian Peterson rushed for 199 yards and scored two touchdowns as the Vikings defeated Green Bay to advance to the postseason. RookieBlair Walsh kicked the game-winning field goal to push Minnesota into the playoffs and set up a rematch at Lambeau Field on Wild Card Weekend.

“We came in and accomplished the ultimate goal, which was getting a win and punching our ticket to the playoffs,” says Peterson, who finished with 2,097 rushing yards, the second-most in a season in league history and just nine shy of breaking Pro Football Hall of Famer Eric Dickerson’s NFL record (2,105 in 1984).

Peterson recorded seven games with at least 150 rushing yards in 2012, tied with Pro Football Hall of Famer Earl Campbell (1980) for the most in a season in NFL history. In two meetings against the Packers this year, he rushed for 409 yards (204.5 per game).

Green Bay quarterback Aaron Rodgers led the NFL with a 108.0 passer rating, the second consecutive season he has topped the league. Entering the 2012 playoffs, Rodgers has the highest passer rating (105.5) in NFL postseason history.

“It’s playoff football,” says Packers head coach Mike McCarthy. “The door is open for the playoffs to begin. We’re one of six NFC teams with the opportunity to go to New Orleans. That’s what we’re focused on. This is the time of year we live for and work for. Our players know what this is all about. It’s the playoffs.”

The 2012 postseason starts on Saturday when the Bengals visit the Texans for the second consecutive year. A season ago, Houston’s Arian Foster rushed for 153 yards and two TDs as the Texans knocked off Cincinnati 31-10.

“We’re in the same exact spot we were last year, playing at home against Cincinnati,” says Houston center Chris Myers. “One thing that we have on our side is that we’re playing in our home stadium and we’ve got to use that to our advantage. We’ve got to go into the playoffs with a fresh start.”

“This month decides everything,” stated Watt, who led the NFL with 20.5 sacks. “We still have everything in front of us.”

The Bengals enter the postseason having won seven of their past eight games, including the final three to close out the regular season. Cincinnati had two players selected to the Pro Bowl: WR A. J. Green and DT Geno Atkins.

“Our guys realize that just being in the playoffs is not what we’re here for,” says Bengals head coach Marvin Lewis. “We want to go win the championship. That’s what it’s all about. We’re starting over and we realize how critical that is.”

The Colts, who have won nine of their past 11, are only the second team in NFL history (2008 Miami) to win at least 11 games following a season with two or fewer victories.

“Man, this has been a great year, a storybook ending,” says Indianapolis wide receiver Reggie Wayne. “Let’s keep it going. Hopefully we can continue to write this movie.”

In last week’s 28-16 win over Houston, Colts head coach Chuck Pagano made his return to the sidelines after a three-month leave for chemotherapy treatments for leukemia.

“This team’s getting healthy and we’re going to hit our stride going forward in the playoffs,” says Rice.

Rookie quarterbacks Robert Griffin III of Washington and Russel Wilson of Seattle lead their teams into the playoffs. Griffin (102.4) and Wilson (100.0) are the only rookie quarterbacks in NFL history to post a 100.0+ passer rating.

Both rookie QBs have been complemented by strong running games. For the Redskins, rookie running back Alfred Morris finished second in the NFL with a team-record 1,613 rushing yards. Seahawks running back Marshayn Lynch ranked third in the league with 1,590 yards and was selected to his second Pro Bowl (first with Seattle).

Seattle and Washington enter the postseason as two of the hottest teams in the league. The Seahawks have won five in a row and seven of their past eight while the Redskins are riding a seven-game winning streak and are the fifth team in NFL history to make the playoffs after a 3-6 start.

“This is a big deal to finish like this and win all these games in a row,” says Seattle head coach Pete Carroll. “We finished the regular season and now we’ll start it up again with a new season. We’re really excited about that.”