THUNDER BAY – Deer Lake First Nation is struggling with a tragedy. Henry Meekis a fifty-six year old man was operating a Bombardier ice-road grooming machine on December 21st. The machine went through the ice of a lake and Mr. Meekis was unable to have escaped the machine before is went through the ice.

The Ontario Provincial Police, sent a dive team to recover the body of Mr. Meekis. That task was accomplished on Sunday. 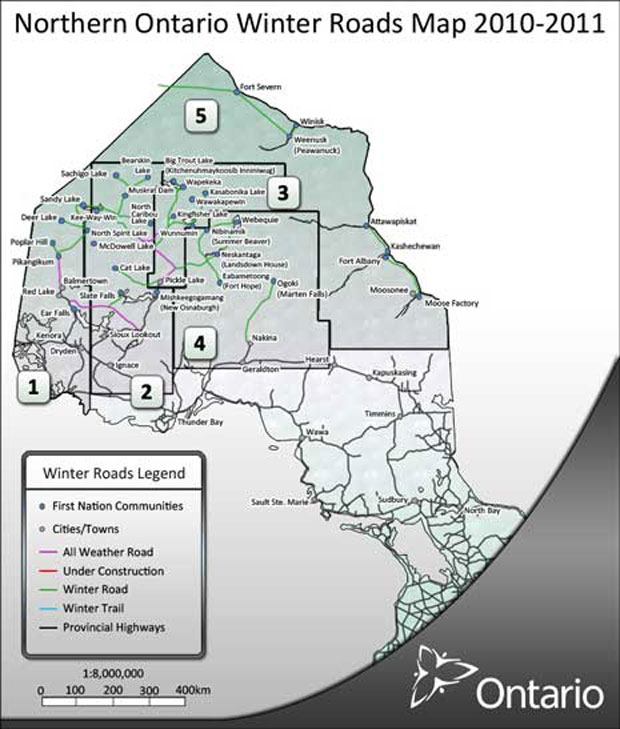 Northern Ontario communities rely on the ice roads as an economic life-line in winter to get in supplies into the communities that are needed over the entire year.

Winter roads connect 31 remote First Nation communities with a permanent highway or railway system. From around mid-January until spring thaw (usually late March), these winter roads make it easier and less costly for people to travel and bring in supplies.

In 2011, Ontario contributed $4.75M to construct and maintain the roads. During the last winter road season there was construction and operation of a 3,021 km winter road system.