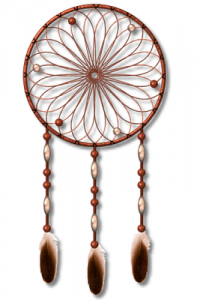 TORONTO – LEADERS LEDGER – As many First Nations leaders, councillors and citizens met yesterday in Toronto we were deeply saddened to learn of the sudden passing of Chief Randy Kapashesit of the MoCreebec Council of the Cree Nation. Throughout his distinguished career, Chief Kapashesit was committed to improving the lives of First Nations people — locally, nationally and internationally. The protection of the environment was a key priority of Chief Kapashesit and he dedicated much of his time to working with other First Nations in Ontario and environmental NGO’s on many initiatives of critical importance in this area.

Chief Kapashesit was a strong leader for his people. He was an innovator and great believer in First Nations striving for economic independence and prosperity. He led the initiative to construct a beautiful Eco-Lodge in his community and many other economic initiatives that have been successful and have greatly contributed to the lives of the people he proudly represented. The Chief was involved in advocating for strong representation of the Indigenous peoples within the international community. His leadership in this area resulted in a recent appointment as the representative on the planning committee for the United Nations North American Indigenous Caucus for the United Nations 2014 World Conference on Indigenous Peoples.

This week in Toronto, First Nation leaders were focused on the need for our nations to continue to take steps toward the exercise of our jurisdiction and the re-building of our nations. Chief Kapashesit was always a strong voice on these matters and he will be greatly missed. We will remember his strong beliefs, including the belief he had in the strength and abilities of our people.

I wish to convey my deepest condolences to Chief Kapashesit’s family, friends, council and entire community of MoCreebec. Chief Kapashesit will be sorely missed by all that knew him but we know that his memory will live on as a result of his commitment to the people of MoCreebec and the passion he showed for improving the lives of all First Nations people.