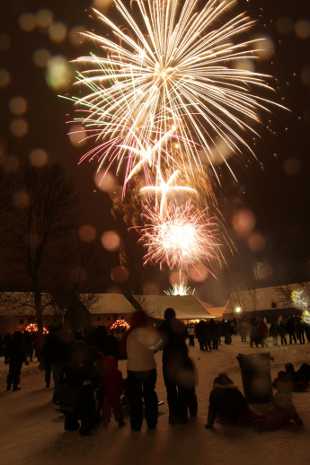 THUNDER BAY – Editorial – “All my hopes and dreams are of the future. I plan on spending the rest of my life living there”. That quote has stuck with me since a Canada 2000 gathering that I attended in the mid 1970s. Building a successful future means communications have to be open and working.

One of the keys to success for any community is the degree of engagement that the elected representatives have with the people. You will note the difference between the term leader and the term representative. In a democracy, people select representatives to sit in parliament, the legislature, and municipal councils. While there are some people who take the approach that we elect a leader to do what is needed, the truth is we select a representative to serve.

One of the most important levels of government is at the municipal level. The decisions made locally have far more impact on the lives of people in our community than any other level of government. Municipal government is also one of the areas perhaps least understood, and often that is why voting numbers in municipal elections can be so low. At the federal level, people are concerned that just under 60 per cent of people vote. At the municipal level, in Thunder Bay voter turnout is around 40 per cent. That means six out of ten voters can’t be bothered on election day to get to the polls.

Perhaps what is needed in Thunder Bay is for greater engagement by our civic representatives with the people in our community?

Thunder Bay has a Mayor who represents our city and honestly is wearing his heart on his sleeve. Mayor Hobbs is taking the time to reach out and be accessible to the people in our city. Through his walk-about Wednesdays, and his speedy answering of emails and phone calls, Mayor Keith Hobbs is ensuring that the voices of the people in our city are listened too.

It is a needed component in Thunder Bay. There are other Councillors who are making their presence felt in a positive manner. Councillor at Large, Ken Boshcoff is quick to respond to individuals who are seeking his help. Boshcoff, through his long-time experience in service to our city, as Councillor, Mayor and Member of Parliament, has a wealth of experience to share with Council.

Both Mayor Hobbs and Councillor Boshcoff have reached out on Facebook, and online, as well as through personal contact to make a difference. If one were to declare winners in engagement with residents, it would be difficult to declare a winner between the two representatives. However the real winners are the people of Thunder Bay who gain insight and information.

Another Councillor who is quick to respond is Councillor Aldo Ruberto. Aldo is another of our Councillors who frankly wears his heart on his sleeve. Often seeking solutions at Council, Ruberto will gain the eye of the meeting chair, and often garner what looks like frustration. While it is possible some on Council might have tried to slip a copy of “Robert’s Rules of Order” into Councillor Ruberto’s stocking this Christmas, it might be equally possible that it would remain unread. Councillor Ruberto calls ’em like he sees them, and that is just who he is. Many in our city hope he never changes.

Councillor Johnson is another of the Councillors who is busy in our city, attending many events, and reaching out to the people of our city. So too is Councillor Andrew Foulds from Current River. Councillor Angus is usually a pretty speedy responder too. Considering his many duties that is fairly impressive.

Councillor Larry Hebert is quick on the draw too. During Council Meetings, if the Shaw Cable Ten coverage has problems, it has been Councillor Larry “the cable guy” who has been the person solving the issue. The at large Councillor has his Blackberry at the ready during meetings, and is able to respond to those issues for residents keeping up with the meetings.

Having speedy response to concerns raised by residents by Council members is important. More so today than at any time in history perhaps. News and information travels in nano-seconds. The Internet, Social Media, Facebook are all very important tools. They are tools that members of Council should be embracing.

However, it is not something all members of City Council appear to embrace. Take Trevor Giertuga, Councillor for the McIntyre Ward, as an example. If chromite and diamonds were as hard to find as a response to an email from Councillor Giertuga, then there would be no such thing as the “Ring of Fire” and it is certain that the Victor Mine in Northern Ontario wouldn’t exist. No offense Trevor but answering emails isn’t all that hard.

Thunder Bay at the city administration level has picked up its game as well when it comes to communications at many levels. The changes at Transit have been, over the past four years very positive and progressive. In terms of communications for city events the progress, which has included live-streaming of meetings online has been great in finding out how to engage with residents on a more positive level. There are still areas where improvements can be made, but overall one can cite improvement.

It is a difficult direction for some, it appears. The benefit is the ability to be a better representative, and to have greater support for the Strategic Plan, and the efforts that Council and Administration are working on. An informed population that feels like they are part of the solution is more likely to be positive and supportive. That would bode well for Thunder Bay, and for our entire region.

Our community remains one of massive, and often untapped potential. Moving forward will take leadership, co-operation and communication.

For many of our representatives, that is fully understood. It is building what I like to call “The Emerging Thunder Bay”.