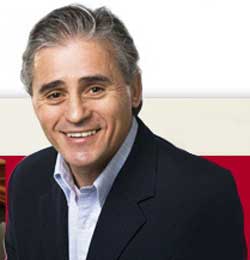 THUNDER BAY – I want to begin by thanking all the members of the Nor’Wester Mountain Escarpment Protection Committee for their hard work on this issue. I have what I believe to be a significant update regarding your efforts.

As you may already know, before a wind energy project can go forward at the proposed site, it would require two approvals from the provincial government: a Renewable Energy Application from the Ministry of the Environment and a permit from the Minister of Natural Resources exempting the project from the normal requirements of the Endangered Species Act.

The processing of these applications and the government’s response would have provided local residents with a clear answer regarding the future of this site. However, at this time, there are currently no applications submitted for this project at the Ministry of the Environment or the Ministry of Natural Resources.

Last Friday, I met with Linda Jeffrey, the Minister of Natural Resources to discuss this issue. In response, she has issued a letter clearly stating her views on the project. The Minister’s letter provides the greatest clarity possible in the absence of an application.

She writes: “I have serious concerns about the effect the proposed project could potentially have on the recovery of the Peregrine Falcons in Ontario. I am not prepared to issue a permit at this time, nor do I understand how a permit could be issued for this site…this site is not appropriate for the type of development currently proposed.”

I have included for your reference a copy of the Minister’s letter and a copy of the press release that we issued today, September 1, 2011.

Again, I want to thank you and everyone who has expressed their concerns related to this project.

Here is a copy of the letter from Minister Jeffery to Bill Mauro:

Thank you for taking the time to meet with me in Toronto on Friday, August 26. I appreciate your taking the time once again to share your perspective concerning the proposed Big Thunder wind project, and my Ministry’s involvement in that project. I just wanted to confirm in writing the content of our conversation.

As I mentioned to you, Horizon Wind Inc., the project proponent, has met with my office previously and was told that they would need to work with MNR officials to address any species at risk concerns. Since that meeting, I understand Horizon has met with our Thunder Bay district office to discuss issues related to Peregrine Falcons. Our district office formally advised Horizon on February 8, 2011 that the construction and operation of the Big Thunder Wind Farm is likely to harm, harass or kill peregrine falcon. As you know, the Endangered Species Act prohibits the harm, harassment or killing of endangered species, including peregrine falcon. Under the Act, the Minister may issue a permit to authorize an activity that would otherwise be prohibited, provided certain conditions are met. I understand that Horizon has had preliminary discussions with the Thunder Bay district about applying for such an authorization.

I would like to confirm that my Ministry has not received a permit application from Horizon. Furthermore, based on the material provided to me by the Ministry as well as my knowledge of the project and project location, I don’t know how the proponent could satisfy the conditions to allow my Ministry to issue a permit to allow the project to proceed. I have serious concerns about the effect the proposed project could potentially have on the recovery of Peregrine Falcons in Ontario. I am not prepared to issue a permit at this time, nor do I understand how a permit could be issued for this site. Based on my knowledge of the proposed project, it appears to me that this site is not appropriate for the type of development currently proposed by Horizon.