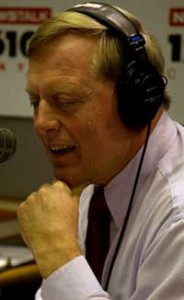 Queen’s Park – NDP MP Howard Hampton was up in Queen’s Park on Tuesday. During a Member’s Statement, Hampton gave some examples of just how, in his words, “out of touch” the McGuinty Liberals are on hydro-electricity rates compared to Manitoba and Quebec. Hampton cited the decision by Xstrata Mining to close its copper smelter in Timmins last year and the decision by Inco (now Vale) to close its copper smelter in Sudbury four years ago.

“Both of these companies continue to mine the copper ore in Ontario, but both of them now ship the ore to smelters and refineries in Quebec to have the ore processed there because they save millions of dollars each year in hydro-electricity costs due to Quebec’s much lower industrial hydro rates,” Hampton said.

Hampton noted that Xstrata was paying hydro bills of $70 Million/year at its Timmins smelter, and now is paying less than half that amount in Quebec ($33.5), but the shutdown of the smelter in Timmins meant the loss of over 2000 direct and indirect jobs in the community.

Hampton also used a hydro bill website put together by Manitoba Hydro which compares industrial hydro bills across Canada to illustrate why a company like Cliffs Resources, the major mining company involved in The Ring of Fire, is looking at locations outside Ontario for its proposed chromite smelter and refinery. The website (www.hydro.mb.ca) has a section comparing hydro bills in different provinces for all kinds of industrial operations.

“According to the Manitoba Hydro website a company like Cliffs Resources would pay a monthly hydro bill of about $5.3Million (or $63M/year) if they located their smelter-refinery in Ontario. The same refinery located in Manitoba would pay a hydro bill of $ $2.1M/month (or $26M/year) if they located their smelter in Manitoba. The Quebec figures are $2.8Million/month ($33.5M/year).

Mr. Howard Hampton: Recently, Cliffs Natural Resources, the mining company interested in developing the chromite deposits in the Ring of Fire region 500 kilometres north of Thunder Bay, released their study dealing with some of the mining issues, the transportation issues and the smelter refinery issues. What got people’s attention was Cliffs’ opinion that a smelter refinery located in Ontario would be unlikely because Ontario’s hydro electricity rates are too high. Since then, the McGuinty Liberals have issued press release after press release in an attempt to discredit Cliffs Natural Resources’ comments.

Here is the history: Last year, Xstrata closed their copper refinery in Timmins. They’re going to continue to take the ore out of the ground in Timmins, but now they’re going to ship it to Quebec to have it smelted there, and about 2,000 good jobs are going to follow. Why did they do that? Because they’re paying $70 million a year for electricity in Ontario and they can pay only $35 million in Quebec.

Four and a half years ago, what was then Inco closed their copper refinery in Sudbury. Today, they still take the ore out of the ground in Sudbury, but they ship it to Quebec to smelt it there at half the cost. That’s exactly what is happening with Cliffs Natural Resources. If they move to Manitoba or Quebec, they’ll pay half the cost of refining the metal. There’s a real problem, a real issue, with hydro rates in Ontario.