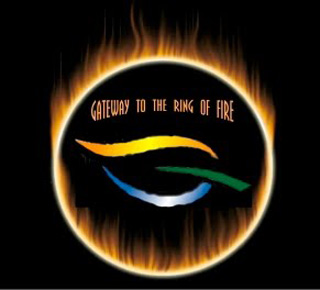 THUNDER BAY – The Ring of Fire and mining in Northwestern Ontario were the topic at Monday night’s City Council meeting.

From the Executive Summary of the report, “Through its strategic plan, the Community Economic Development Commission (CEDC) intends to create the conditions that will allow the mining industry to flourish as a valued contributor to the Thunder Bay’s economic growth and diversity. The CEDC’s goal is to position Thunder Bay as a high profile mining service centre for Northwestern Ontario and the Far North. To achieve this objective, the CEDC is seeking Council support in principle at this time for the establishment of a dedicated Mining Services Division to liaise with mining companies and identify their service needs, conduct a gap analysis of the supply chain in Thunder Bay, and develop a strategy to establish Thunder Bay as a major Mining Service Centre.”

Mayor Lynn Peterson says, “I am extremely pleased that Council supported the CEDC’s proposal to establish a dedicated Mining Services Division within the CEDC to position Thunder Bay as a high profile mining service centre for Northwestern Ontario.  The CEDC will continue to do the great work that they do and this added focus is a needed to continue to diversify the Thunder Bay economy and take advantage of the extraordinary growth in mining in the Northwest.”

Frank Pullia states, “As a Director on the Board of CEDC I am pleased with the support that Council has shown towards this important initiative to position Thunder Bay to take full advantage of the huge opportunities present in the Northwestern Ontario mining sector. This step of creating a mining services division is timely and it will mean the possible creation of many new well-paying jobs in Thunder Bay and region.”

“A key resource within the Mining Services function will be the establishment of a full-time Project Manager-Mining Services. The Project Manager-Mining Services would work with a wide range of community and industry partners to establish the human resources, supply chains, infrastructure and marketing plans to accelerate the growth of the tremendous opportunities that await the City of Thunder Bay in the mining sector. Recruitment to this position will target experienced personnel from the mining sector who will be able to “hit the ground running” through their detailed knowledge and network of contacts.

“The burgeoning activity in mining exploration across Northwestern Ontario and the Far North (the area north of the current limits for commercial timber harvesting) indicates that our region is poised to become one of the Province’s newest and most vibrant mining areas. The City of Thunder Bay is the optimal strategic location for the development of mining services and the commercialization of related products.

“If the City of Thunder Bay does not take action now to position itself to become a mining services centre, the majority of the mining development would most likely be supplied by traditional vendors located outside of Thunder Bay. Therefore, a sense of urgency surrounds the need for the CEDC’s Mining Services initiative so that our City does not continue to lag behind our northern counterparts – so that opportunities are not lost”.

The City of Thunder Bay in the 2010 approved operating budget provided the CEDC with funding in the following amounts:

As provided in the CEDC’s Operating By-Law, the CEDC has retained its operating surpluses from previous years. The CEDC proposes to fund one half the 2011 proposed cost through the use of its available surplus funds.

The above estimates are preliminary and the CEDC will work closely with Administration in preparing the business plans and detailed budget estimates for consideration by Council in the 2011 Budget.

Other communities are also seeking advantages with the Ring of Fire. Greenstone Councillor Jay Daiter states that a motion to partner with Thunder Bay was passed last May that read, “THAT the Municipality of Greenstone partner with the City of Thunder Bay and Partners for an Economic Impact Assessment of the Development and Operations of the McFaulds Lake Chrome Project (Ring of Fire area) to be conducted by Doyletech Corporation of Ottawa.”

For Thunder Bay, positioning the city to maximise the economic benefits, and jobs from mining efforts makes good economic sense for the city, and for the region.

NetNewsledger.com sought comment from CEDC CEO Steve Demming, but Demming has not responded.