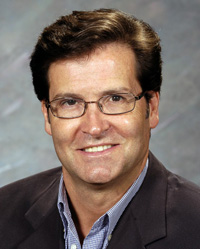 THUNDER BAY – As the largest grain port in the world, and still having the largest grain storage in North America today, the Port of Thunder Bay has a magnificent history that has served its citizens and the region well. As a Grain Handler for Cargill Grain in the late seventies, I remember with fond memories the salties lined up to load grain destined to various parts of the world. At any one time, one could see from Hillcrest Park at least a dozen if not more ships waiting their turn in the harbour. What a sight! Could we make that happen again?

We still have those capacities, but the world has changed and the port is trying to diversify into new markets and new products. Thunder Bay was one of Canada’s major grain ports, but declined due to regulatory requirements that increased costs and made the port less competitive vis-a-vis the railway and other transportation corridors on the western grain port terminals like Prince Rupert, Vancouver, and Churchill. We do however have a competitive advantage through a direct rail access to both national railways, something that few ports in North America can claim of having. But will that be enough? What else is needed?

One of the reasons that Churchill is flourishing is because of strong political support at all political levels, including municipal (i.e. the City of Winnipeg). Now, one can say that Winnipeg, being the provincial capital, provides an easier access to decision makers (i.e. the Mayor and the Premier or Cabinet Ministers can easily get together for lunch on a normal business working day); however, without unity of purpose, things do not usually happen. Without a vision and a clear understanding of the opportunities, scarce resources can easily be dissipated into activities that produce few if any results. 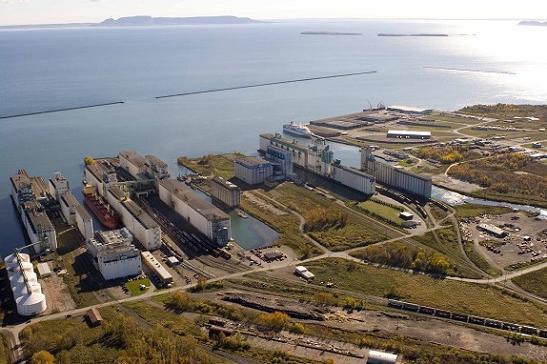 What are the opportunities then? The seaway is one of the engineering wonders and the largest inland waterway of the world. The magic of this amazing value should not be lost to the decision makers in the higher order of government. The seaway promise and vision was always to access foreign markets, and to exporting grain from the west to mostly European markets. The export part of the vision did materialize and made us the largest grain exporting port in the world. Today we still service the same markets but in a greatly diminished way as the bulk of Canada’s grain exports now go to the Asian markets through the West Coast.

The European market is still there and has been very constant over the last decade. What we need to do is to capitalize on the seaway capabilities to bring import cargo to the centre of Canada. If we have a regular service doing that, we would be providing direct access to European markets for Northwestern Ontario commodities, (we already have the means and capabilities for the grains why not everything else that we produce like forest products, minerals and other value-added commodities). Most of these boats drop their inbound cargo in other Great Lakes ports and arrive in Thunder Bay empty. That should and can change! 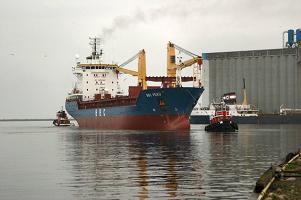 To some extent this is starting to happen on a small scale with project cargo like large equipment components for western Canada resource industries. If we can build that corridor to provide more regular service to Thunder Bay (say a boat once a month), it would open up the European markets to the regional economy, and increase our city’s potential to become a true gateway to the West for both imports and exports.

The Port Authority has shown leadership in acquiring additional waterfront property and positioning itself as a project cargo gateway. However, things do not happen in isolation and a true collaborative effort is needed to make this vision a reality. The City of Thunder Bay is taking the first steps in supporting the designation of a Community Improvement Area to enhance the Port’s ability to compete for new businesses. I trust that the Provincial and Federal governments will join us in this effort to make the Port of Thunder Bay not only one of our greatest community asset, but allow us to continue to diversify our economy and create new good paying jobs, by remaining one of Canada’s vital transportation corridor.

Frank Pullia is a Councillor at Large for the City of Thunder Bay and a Director on the Board of Thunder Bay Community Economic Development Commission. He can be reached at 767-6579 or fpullia@thunderbay.ca

NetNewsledger.com offers all elected officials in the North the opportunity to share their ideas and vision with our readers in a Leader’s Ledger.