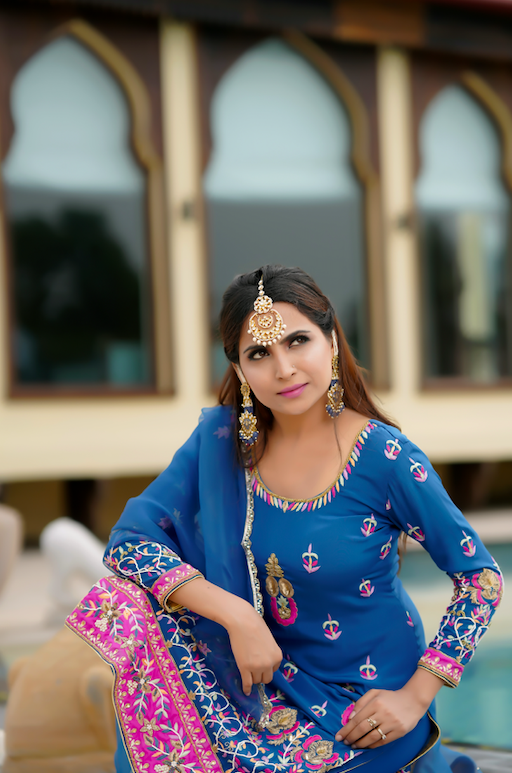 Films and fashion go hand in hand. We have seen many big Bollywood names and prominent Indian designers bringing forward various forms of fashion that later becomes a widespread trend. Most of the celebrities and designers have their own teams and this has always been a gossip content who belongs to whom. We often see celebrities and designers coming together & later we have also heard rumours of them getting separate. However, this was the case with Bollywood so far.

Now, we can see Instagram getting flared up with flashy posts from Punjab based designers and Pollywood celebrities. Prominent actresses and designers from Chandigarh/Punjab have really been surprising us with their mesmerizing posts and photoshoots. Nimrat Kahlon is one of the leading names in Punjab when we begin to look at this gradually developing industry. Her Instagram is full of traditional designs on sparky pinks to earthy tones. With innumerable one minute videos of her designs usually shot against the backdrop of forts and palaces, she skips no chance to attract fashion enthusiasts by using heart-melting folk music in all her videos. Her Instagram is a reflection of a very creative mind behind every collection. She carries the badge of honour for being the first one to begin capturing and then launching her collections on a big scale.

Having worked with many actresses, Nimrat says, this whole thing is very new for both film actresses and designers. Either designers set very high expectations from actresses they work with or actresses sometimes do not acknowledge the amount of effort & investment that a designer has to do to bring forward the best. It’s always mutual and gradually everyone is understanding their role, says Nimrat. It will take another set of 5-6 years in order to evolve to it’s best form. The talent that our actresses and designers have is probably not unknown to anyone now. We might be successful in becoming the game changers of the fashion world if we keep working at the current pace, shares Nimrat Kahlon.

I’m amazed to see that now we have so many brands that have started launching their collections in a ceremonial manner on Instagram and Facebook. It has intensified the competition and buyers are getting good options to pick. In my individual capacity, I have been doing this from last few years but when u r all alone in the field, it’s neither good for u, nor it is of any benefit to the customer, believes Nimrat.

Now we have several other designers who are really giving good competition and I take it in a very positive way. This will keep me boosted and I will bring more interesting collections in future, adds Nimrat.