Moose Cree First Nation – First Nation communities are in many ways on the frontlines of the battles against drugs and seeing first hand the impact in the communities that drugs have on the people.

Drugs are hurting our people and our community. The ongoing and serious problems caused by the illegal drug trade on Moose Factory Island have been a subject of deep concern to the Membership and residents for many years. In 2017, after the issues had been repeatedly raised and discussed in the community, our Elders and other MCFN members provided a clear mandate for Chief & Council to develop laws that address drug-dealing and specifically remove drug dealers from the Moose Factory Island reserve. Chief & Council have heard the community’s concerns and are taking action.

The new bylaw is a serious response to a very serious problem. It should serve as a clear message to the MCFN community and reserve residents that drug-dealing will not be tolerated on Moose Factory Island. Any residents who see or suspect that drug dealing is occurring should inform the police. Any residents who believe that a Community Protection Order may be necessary to protect themselves or others should contact Chief & Council.

Moose Cree Chief & Council are committed to addressing and eliminating the harms caused by drug dealing and look forward to further engagement with the MCFN community on this important issue. 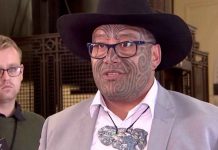