THUNDER BAY – The local economy has taken a hit during the Coronavirus shutdown. Thunder Bay saw a drop in employment of 15.2 percent. Thunder Bay is third in job losses in Ontario during April and May. The hardest-hit city in Ontario was Windsor where a drop of 19.1 percent and the second hardest was St. Catherine-Niagara with a 15.6 percent drop.

The Financial Accountability Office (FAO) released these figures in a new report assessing the impact of the COVID-19 pandemic on labour markets in Ontario’s major cities.

Across Ontario, employment fell by 64,500 jobs in May, adding to the much larger job losses recorded in March and April.

Since the Ontario Government shut down the economy to help stem the rise of the Coronavirus in March, Ontario has experienced the steepest job losses in Canada.

Across Ontario, 2.2 million workers either were laid off or had their hours of work reduced.

The prospects for some sectors of the economy appear to be ramping back up in the city, as the economy continues to open. The restaurant and bars will continue to experience challenges.

The transportation sector is going to continue to see layoffs and job losses, as well as major losses in revenue. WestJet Airlines has just announced the layoff of 31 employees in the city. Air Canada is forecasting major layoffs.

There is also going to be increased costs and likely reduced capacity for air carriers as well as passenger travel on buses and trains.

Air Canada reports that “Since the start of the COVID-19 pandemic in the first quarter of 2020, Air Canada has raised $5.5 billion of liquidity.”

On June 22, 2020, Air Canada completed a private offering of $840 million aggregate principal amount of 9.00% Second Lien Secured Notes due 2024 (the “2024 Notes”), which were sold at 98% of par. The 2024 Notes are secured obligations of Air Canada, secured on a second lien basis by certain real estate interests, ground service equipment, certain airport slots and gate leaseholds, and certain routes and the airport slots and gate leaseholds utilized in connection with those routes.

“The fact Air Canada was able to add $1.23 billion to its liquidity with these last two transactions without utilizing any of its previously disclosed unencumbered assets leaves the airline in an excellent position to access additional funds should the need arise. Complementing these efforts have been ongoing initiatives to reduce cash burn through such measures as workforce reductions, a $1.1 billion Cost Transformation Program and capacity and network rationalization,” said Pierre Houle, Managing Director and Treasurer of Air Canada.

The political message is that together we will all get through this. In the longer term however there will be changes in how things work in the local economy. Local retailers likely will be competing more than ever with online shopping. After over three months of ordering online, consumer confidence coming out of COVID-19 will be a key component of the rebounding of sales for consumer goods.

For the transportation sector it is very likely that governments are going to have to step up to provide support in terms of grants and loans in order to assist the industry.

For the tourism sector, with the United States border with Canada remaining closed, the pressure on the fly-in fishing camps is enormous. Politically, elected officials and government officials have been talking with the tourism sector operators and there is to date no solutions being shared. 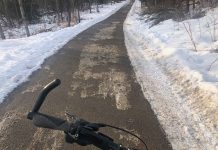 Thunder Bay Looks to Boost Region as a Cycling Destination 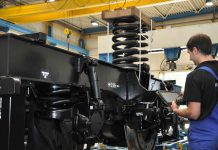