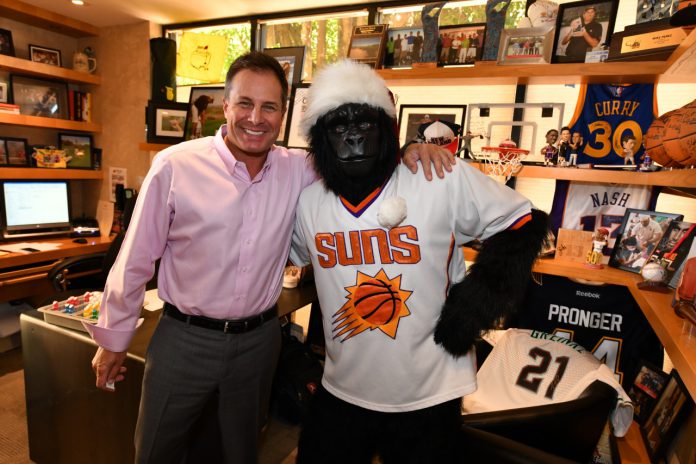 While many businesses struggle to stay afloat during the COVID-19 pandemic, Dr. John Badolato and Studio B Smiles found new and innovative ways to bring smiles to their patients from the comfort of their own homes.

“We have a lot of patients that travel from other states to have us complete their smile makeover. Virtual consultations make it easy to meet people and start building a rapport before they even get to Arizona,” says Badolato.

He currently owns and operates two locations. The first opened its doors in 2004 after Badolato took the leap into the world of entrepreneurship.

“My biggest success was building Studio B Smiles from nothing to profitable in 12 months,” he says.

Badolato says he was surprised to learn a lot of the patients were eager to come back after Arizona reopened on May 15.

“We are lucky to have such an amazing patient base,” says Badolato. “It is so good to be able to welcome them into our office again.”

The state of Arizona currently ranks 20th in positive COVID-19 cases at 27,697 and deaths with 1,051. They have completely reopened almost everything as of May 15.

Studio B Smiles now waits for major league sports to resume in order to be 100 percent back to normal.

The NBA continues discussions of reopening the league in order to complete the 2019-20 postseason. A 22 team conclusion to the season was recently approved by commissioner Adam Silver, the NBA’s board of governors and the player’s union and is set to take place in Walt Disney World in Orlando beginning on July 31. Among the 22 teams fighting to make the playoffs is the Phoenix Suns.

The Suns were the first major league team to deem Studio B Smiles the official dental practice of their established NBA team.

In collaboration with the Suns, all-star shooting guard Devin Booker and several other Phoenix athletes are featured on www.studiobsmiles.com as part of Badolato’s “Go Where the Pros Go” campaign. Badolato says celebrity endorsements have helped his business grow to new heights.

“I saw the potential of working with the presence of a highly marketable organization like major sports teams,” says Badolato.

Plans for a third practice have begun forming, as Badolato and the Phoenix Suns plan to open an office in Arcadia together.

Other than celebrity endorsement, Badolato credits his business’ success to the quality customer service and long list of dental options as the driving force.

“We make sure our customers feel heard,” he says. “Our motto is ‘the best interest of the patient is the only interest we will consider.’”

To see examples of Studio B Smiles patient transformations, check out their instagram here.