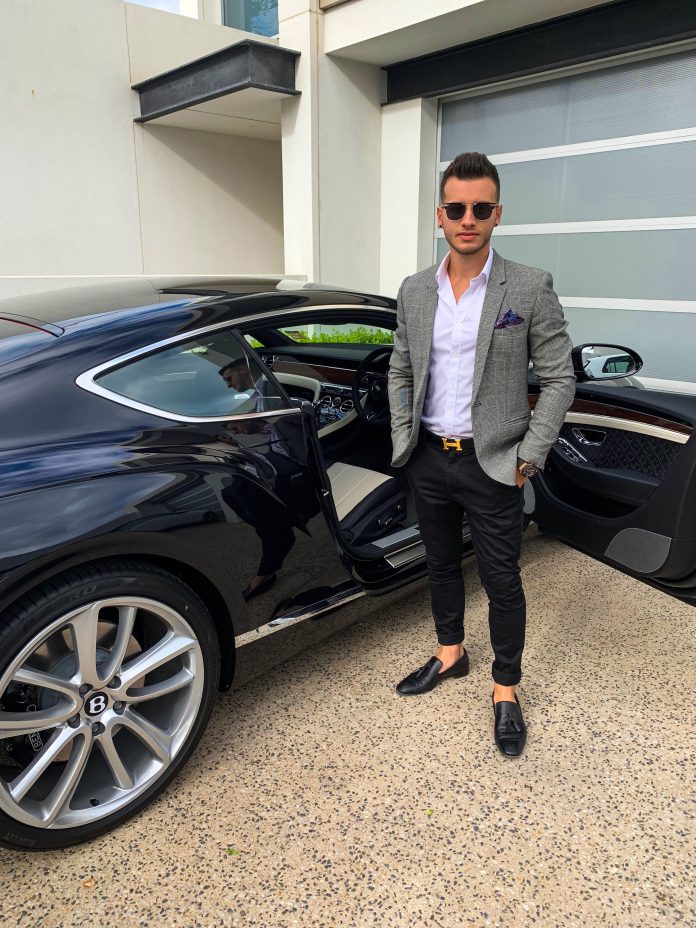 Imagine sitting on the couch listening to music and drinking coffee while getting paid to work from a laptop. This is the life Andrew Hristo (@andrewhristo) has created. He is able to earn a living from the comfort of his own home, or literally any place of his choosing. He lives in luxury while living a stress-free lifestyle and travelling the world.

Hristo started his journey to financial freedom when he was just 13-years-old. He wanted to purchase a dirt bike but didn’t have the funds to do so. Young Hristo researched different ways to make money online, as he was too young to apply for a regular job. He developed an online business strategy, ordering bulk products from China and selling them at an elevated price point on eBay.

Hristo shocked his friends and family, earning $20,000 in just one year of using his money-making system. His success was incredible and almost unheard of for a 13-year-old. Hristo knew he had the capability to accomplish great things in business.

As he got older, Hristo started building his own websites. He experimented with different businesses but has found his niche in ecommerce and has built an online business empire.

Hristo used his experience in ecommerce to help others create a life of financial freedom. He has helped over 500 students create their own businesses and has a goal of coaching 1,000,000 people someday.

What’s kept Hristo moving through rough patches has been his passion for what he does.

Hirsto’s passion for ecommerce keeps him moving forward during tough times. He loves what he does and doesn’t plan on stopping any time soon. When things go wrong in Hristo’s business, he identifies the problem and develops a strategy to ensure he never makes the same mistake again. Giving up has never been an option for Hristo and it never will be.

Hristo is surrounded by a great team of people who support him through everything. His main goal is to inspire and motivate people from around the world to follow their dreams. He says people who say they can’t do something because of their age are wrong. Hristo believes that if he could run a successful online business at 13, any motivated person could do the same.

Hristo continues to motivate his over 150,000 Instagram followers by reminding them to be their best selves and by showing them what is possible when someone follows their dreams.

If you’d like to take a look at Hristo’s Instagram page, you can do so by clicking here.