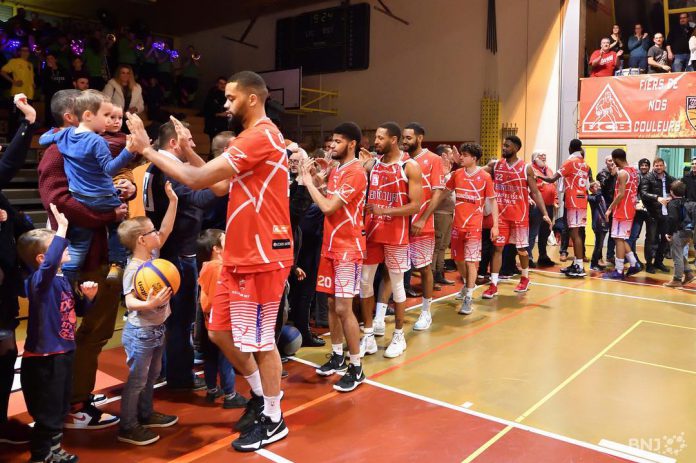 BC Boncourt young Swiss interior, Kaanu Olaniyi, suffers a heavy injury that forces his team to search for a replacement

Kaanu Olaniyi was having his best season yet until an injury reared its ugly head, abruptly ending his season and forcing his team, BC Bancourt to look for a replacement. Kaanu Olaniyi was on an average of 2.9 points, 4 rebounds in his 11 games played, making him a pivotal part of the team as the Swiss Basketball League Jurassic club continued their pursuit on ending the season a high.

The Swiss Basketball League has developed in recent times, attracting global attention as stars from different parts of the globe ply their trade in the league and show their talent to basketball lovers in the country and worldwide. One young talent that has risen to prominence in recent times is Kaanu Olaniyi. Kaanu’s amazing skills and passion for success have propelled him to the top of the game in the Swiss Basketball League. Consequently, the ligament tear in one of his knees was a heavy blow to his team, BC Bancourt, which is already battling with a scarce workforce.

Prior to the injury, Kaanu was one of the players the BCB relied on, with more than 15 minutes of playing time per match. It, therefore, became imperative for the BCB to find a replacement for the rest of the season.

The 2019/20 season is not the first trying period for Kaanu as he fell on the wrong side of the law in the 2018 season after he was suspended by Swiss Basketball for two games, following a scuffle during a match that led to him throwing the ball in the direction of one of the referees.

Over the years, Kaanu’s rise has been phenomenal, selected by Gianluca Barilari in 2017 as one of the 14 players for the pre-qualifications for the EuroBasket 2021. Kaanu also remains one of Vladimir Ruzicic’s key men for the 2019/20 season. Other names on the BCB team list include Marc Seylan, Karl Cochran, Juraj Kozic, Eric Fongué, Arthur Edwards, Kevin Monteiro, Amir Soap, and Dainius Chatkevicius.