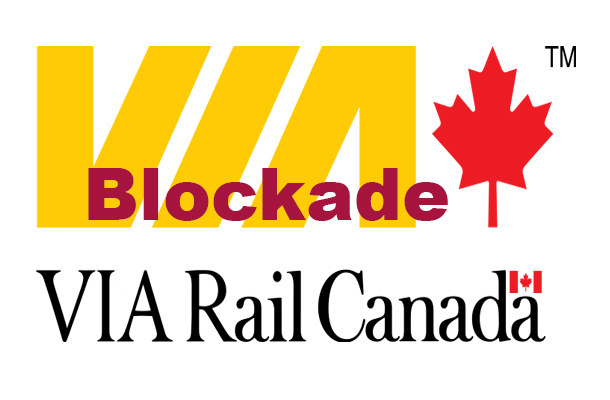 TORONTO – Tyendinaga Mohawk protesters have stated that trains crossing their territory will be blocked until the Royal Canadian Mounted Police leave We’tsuwet’en territory.

The move has impacted over 30 VIA Rail passenger trains so far.

VIA Rail says, “Due to the protesters currently blocking tracks near Belleville, Ontario, train service between Montreal and Toronto and between Ottawa and Toronto is affected in both directions. None of the trains on these two routes will operate until the issue is resolved. We are asking passengers to check our online tools for departures and arrivals updates.”

CN Rail received an injunction on the weekend. However, those rail lines remain blocked. Tyendinaga Mohawk warriors burnt the paper, saying they were returning it to the earth.

The blockade of the Canadian Nation rail lines at the Wyman crossing located on Tyendinaga Mohawk Territory started on Thursday afternoon. Dalton McKay one of the protestors says, “I’m here for the support and solidarity of the Wet’suwet’en people to help support them against the destruction of their life and their homes for a pipeline.