The oldest of the Dallago Brothers (29) benefitted from the absence of Cameron Naasz, who had won in Pra-Loup and Percé, to take the 500 points available, as he did in Judenburg in December for the opening of the season. Marco and Kyle ended the final ahead of surprising British rider Robin Worling, Andrew’s older brother, and the other Dallago, Luca, who now leads the World Championship heading for Yokohama, for 50 points only.

Now it’s about time for the first major race of the winter, an ATSX 1000 race next Saturday in Yokohama (Japan), followed by two more ATSX 500 races on February 22: a brand new one at Le Massif de Charlevoix, near Québec City (Canada), and a classic one in Igora (Russia), on a superb track close to Saint Petersburg. 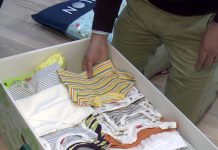