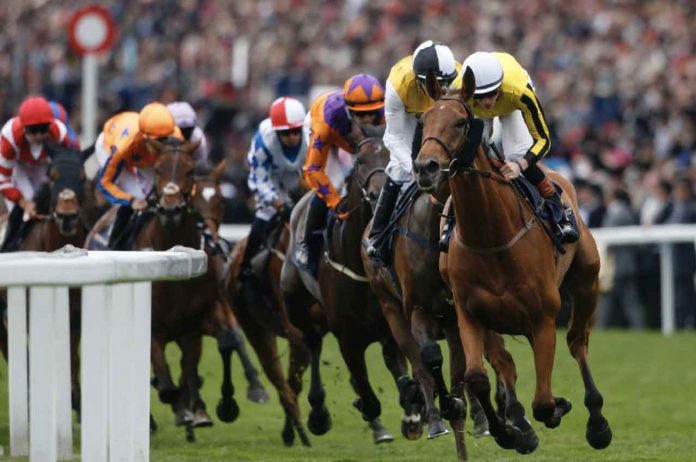 All around the world each year there are some horse races that offer up huge prize money. There’s the Dubai Cup, the Kentucky Derby, Pegasus World Cup, The Royal Ascot and much more illustrious thoroughbred race meets.

Because horse racing is so immensely popular in Australia, this has given birth to the country playing host to some of the richest horse races on the planet when it comes to prize money being offered. Punters are mad about racing in this country, and so many people are involved in the horse racing industry in one form or another.

In this post, we’ll be taking a look at the richest races in Australia, and all of these races are right up there on the world scale when it comes to the money involved.

The World’s Richest Horse Race On Turf – The Everest

That’s right, The Everest is not only Australia’s top prize money horse race, but it leads the world in that regard when it comes to horse races run on turf.

The first running of The Everest only took place a few years back in 2017, so it’s a very new horse race. However, it’s fame has quickly escalated, due mainly to the amount of money up for grabs.

The event is penciled in for October each year and is run at Sydney’s world-famous Randwick Racecourse. Currently, the prize pool is set at a cool $13,000,000, which is massive.

Run over a short distance of just 1200m, racehorse owners have to pay a $600,000 fee to enter their horse into the field. It’s a major gamble, but if their horse wins, it’s well worth the risk.

Another thing to note is that the field is limited to only 12 horses, so competition just to get an entrant into the field is really tight.

The Golden Eagle Is a Brand New Race

Running hot on the heels of The Everest is a new horse race called the Golden Eagle. It’s also run in Sydney at Rosehill Gardens Racecourse and takes place in early November.

2019 will be the very first running of the race, but plans are for it to be an annual event to compete with the likes of The Everest and other elite horse races throughout the world.

Prize money for the very first race is slotted in at $7.5 million.

Run over a distance of 1500 meters, the race is only open to 4-year-olds, the first of its kind in the country. Another feature of note is that 10% of all prize money will be donated to charity.

If you live in Australia, unless you’ve spent your entire life in a cave, everybody has heard of the Melbourne Cup. It’s hard not to when this horse race actually brings the entire country to a halt on the first Tuesday in November of every year.

Run over a long distance of 3200 meters at Melbourne’s iconic Flemington Racecourse, Melbourne Cup betting runs rampant right across the nation, attracting cash from punters who never normally even bet on horse racing.

Now, when it comes to the prize money, it’s not quite in the elite leagues of The Everest, but it’s still very impressive, with a prize pool of just over $7 million.

24 horses compete in this great race that was first run way back in 1861. The event attracts entrants and visitors from all around the world, and it’s one of the world’s best known thoroughbred horse races and likely always will be.

The Queen Elizabeth Stakes Is Right Up There

Three out of the four richest thoroughbred races in Australia are held in Sydney, which is the case for the annual running of the illustrious Queen Elizabeth Stakes. This race is an integral part of the Sydney Autumn Racing Carnival and is run at Randwick Racecourse on the second Saturday in April.

$4,000,000 is up for grabs in the 2000 meter middle distance event, and it’s considered one of the most sought after trophies in Australian racing circles.

Along with the 4 races listed here, there are many other races run each year that offer well in excess of $1 million in total prize money, so it’s certainly a big money industry in the country, and that looks set to continue.