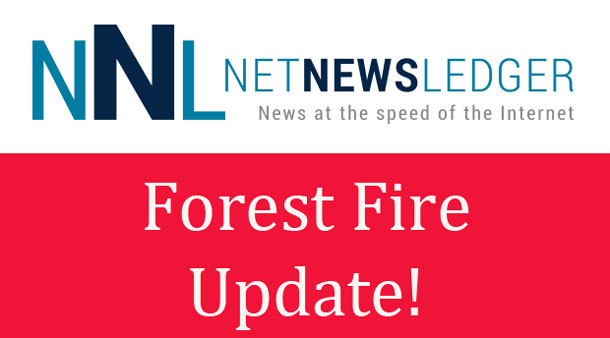 THUNDER BAY – WILDFIRE Update – The fire situation in Northwestern Ontario remains high to extreme. There are evacuations underway in Pikangikum as well as an evacuation of Keewaywin. Evacuees have been flown out or in some cases are self-evacuating. There is added information for Pikangikum evacuees here.

The Royal Canadian Air Force and the Canadian Rangers are working in Pikangikum to assist evacuations.

There were three new forest fires confirmed by the evening of July 08.

Red Lake Fire Number 23 is 8 kilometres south of the community of Keewaywin. This fire is currently 71,993 hectares in size. The incident management team is established in Sandy Lake First Nation. Community sprinkler set-ups are ongoing. Aerial ignition techniques have been used on the fire with support by crews and helicopter bucketing along the Dawson River.

Red Fire Number 39 –The fire size is 40,439 hectares. This fire is being managed by an incident management team as part of a larger cluster of fires. Sprinklers have been installed on the southwest side of the community. The primary objective is to bring the fire into natural boundaries and prevent the fire from further spread towards Pikangikum. The fire is approximately six kilometres southwest of the community of Pikangikum on the opposite side of the lake.

Red Lake Fire Number 40 is not under control at 23,737 hectares and is located near Nungesser Lake, approximately 40 kilometres north of Red Lake.  Sprinkler set-ups on structures and dozer line construction continue on this fire. Crews continue to reinforce control lines and dozer guards along the fire. More crews and heavy equipment have been assigned to this fire.

Fire hazard for the Northwest Region
The forest fire hazard is predominantly high to extreme across the region. Rain is in the forecast for the next few days.