Last October marked the end of Canada’s 90-year prohibition on cannabis and the beginning of a now-legal multi-billion-dollar industry. Not only did those enthusiasts of medical and recreational cannabis celebrate legalization, but so did First Nation entrepreneurs from coast to coast.

In the span of less than six months, we’ve seen First Nation dispensaries open from Newfoundland to British Columbia. Ontario has the most dispensaries and the most communities that have, or are planning, to pass cannabis by-laws. First Nations are asserting their jurisdiction to become fully involved in the mainstream cannabis industry.

Now that cannabis is legal, there is no going back.

First Nations will assert their jurisdiction to grow, process, and sell cannabis. The question now is how far and how fast can First Nations capture a share of this emerging market?

The “Red Market” is here to stay.

The Opaskwayak Cree Nation (OCN) in Manitoba has invested in hundreds of cannabis retail stores in western Canada and California.  Within three months, OCN saw a $10 million profit. The Osoyoos First Nation in British Columbia has incorporated Osoyoos Cannabis, headquartered on Bay Street in Toronto. Former Ontario Premier Ernie Eves is a director.

Now, Ontario First Nation cannabis companies and entrepreneurs are looking at forming partnerships with each other, with their communities from south to north, as well as with the mainstream cannabis industry nationally and globally. But first they need reassurance that Canada will not interfere in the current operations and supply chain system.

At the same time, First Nation leaders are beginning to realize that the cannabis industry – from seed to sale – will provide employment and generate revenue for many years to come.

Now is the time for First Nation leadership to step up and embrace the current entrepreneurs as well as forge a legal pathway under First Nation jurisdiction and the nation to nation relationship with Canada.

Economic reconciliation means that Canada must respect the First Nation right to participate in this new green economy.

The green gold rush is here to stay. Unlike gold and oil, the cannabis supply will never run out. The long-term benefits will strengthen local, regional and national economies.  This is truly economic reconciliation in action.

(The Anishinabek Retailers will host a reception for Ontario Chiefs this Monday, June 10 at the Delta Waterfront in Sault Ste. Marie)

In states where recreational marijuana is legal, problematic use increased among adults and teens 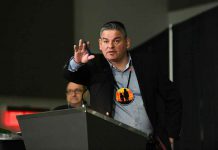 One Year After Legalization First Nations are Still Trying to Figure out the Pros and Cons of Health, Safety and Economic Benefits of Cannabis 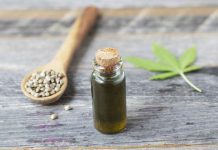