WASHINGTON – (Thomson Reuters Foundation) – After 13 years in the U.S. capital, Lauren Richards moved back to her hometown in 2015, saying she and her husband “Didn’t want to pay D.C. housing costs anymore”.

But finding something they could afford in Minneapolis, Minnesota, a city of just over 400,000 people in the country’s mid-north, was difficult.

There were few homes available, Richards said, and prices were almost at the same levels as in much larger cities.

According to analytics firm RealPage, the Minneapolis metro region’s vacancy rate – which was just over 2 percent in 2017 – is one of the lowest in the country among large urban areas. When the couple told their realtor which neighbourhood they wanted to live in, “she said nobody in that neighbourhood will sell a house — and it doesn’t matter what your budget is,” recalled Richards.

She and her husband finally found a place to live. But the lack of available, affordable housing has motivated Minneapolis to do something no other major U.S. city has done, experts say.

In December 2018, it passed a citywide ban on single-family zoning, meaning developers are now allowed to build multi-unit housing in neighbourhoods that were previously reserved for houses accommodating just one family each.

The hope is that increasing housing density will boost vacancy rates and drive down costs.

Across the United States, major cities are zoned to allow only single-family homes in most of their neighbourhoods — a nostalgic but inefficient model that constricts urban planners, said Jenny Schuetz, a metropolitan policy fellow at the Brookings Institution think tank.

“Economists have been pushing cities on this for decades: allow more housing to be built,” Schuetz said.

“But it’s really only been in the last three to four years that there has been a movement taking hold politically.”

According to Schuetz, the plan – which she has called “the most wonderful plan of the year” – could triple housing capacity in some neighbourhoods.

Right now, 60 percent of the land in Minneapolis is zoned for single-family homes.

“This was a big deal,” she told the Thomson Reuters Foundation. “Other cities are very much paying attention.”

The various policies within the plan increase housing density along transit lines — for instance, by allowing for taller buildings.

In residential neighbourhoods, they let developers build two- or three-unit houses in spaces that today would be taken up by large single-family homes.

“Right now, you’re allowed to knock down a small, relatively affordable single-family (home) and put up a mansion — and that’s happening across significant swathes of our city,” said Minneapolis Mayor Jacob Frey, a key proponent of the plan.

“All we’re saying is that you should also be able to put up something more affordable, in the form of duplexes and triplexes.”

Frey was elected in 2017, at a time when housing had become a topic of day-to-day discussion in Minneapolis.

The issue was a central part of his election platform, and as mayor he pushed through a record $40 million in investment into affordable housing.

Before that was a two-year grassroots outreach campaign on the need to tackle housing prices — one that motivated communities usually left out of housing discussions, said Anne Mavity, executive director of the non-profit Minnesota Housing Partnership.

“It was particularly about reaching out to renters, who are often not taken as seriously because they’re seen as transitory,” she said.

After Lauren Richards moved back to Minneapolis, she joined another group involved in the public outreach called Neighbors for More Neighbors.

“We got a lot of people, most of them having never attended a (city) meeting, to show up and testify,” she said. “They said, ‘I can’t afford to live in this neighbourhood’.”

Although the city council approved Minneapolis 2040 by a vote of 12-1, not everyone in the city is as enthusiastic about the new zoning policies. One advocacy group, Minneapolis For Everyone, warns the plan will “bulldoze our neighbourhoods” and “destroy the charm and character” of residential areas.

Lisa McDonald, who is part of the group and a former city council member, said one concern is that the city is trying to boost housing density without considering the new infrastructure needs or environmental impacts.

She also questioned the plan’s overall impact on affordability.

“There will be a lot of affordable single-family homes that … will be taken out to allow for a triplex to be put in, and the only people who will own that will be developers,” she said.

Both McDonald and Richards said the members of their groups are looking forward to city elections in 2021 as a referendum on the new policies.

In the meantime, a growing number of cities and states across the country are looking at ways to increase housing density, amid a major affordability gap in all U.S. urban areas.

And many are watching to see what happens in Minneapolis.

In addition, lawmakers in Oregon are proposing to essentially do away with single-family housing throughout the state.

Oakland, California, for instance, is considering how zoning changes could spur construction of a type of housing that Edward Manasse, interim deputy director of the city’s Bureau of Planning, called the “missing middle — something between single-family homes and larger apartment buildings”.

The city is undergoing a historic building boom, but much of this is focusing on large apartment buildings, which threatens to make traditional neighbourhoods a dwindling resource, he said.

Manasse thinks overhauling zoning regulations to allow for more density could help save the neighbourhood experience.

“We’re heading in that direction,” he said. “But significant work and outreach will be needed before we get to the point where Minneapolis has already gone.” 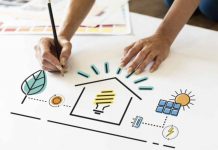