THUNDER BAY – In recognition of the National Day of Remembrance and Action on Violence against Women, which marks the anniversary of the 1989 École Polytechnique massacre, the City and partners created a short video featuring male student leaders from grade seven to 10 speaking out about gender-based violence. Flags at City Hall are lowered to half-mast today in memoriam of those women who lost their lives in Montreal 29 years ago.

Sixty boys from Lakehead Public Schools attended a White Ribbon workshop earlier this week in which they learned about discriminatory language and behaviours, direct and nondirect violence, healthy relationships and consent. They then returned to their respective schools with the knowledge and wherewithal to begin leading their own awareness campaigns about the important role all boys play in preventing violence against women and girls.

The video from the workshop, which will be shared on social media and in other promotional materials, asks the boys what they learned about violence against women and how they plan to stand up against it. 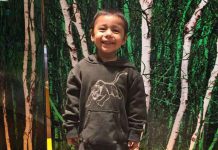 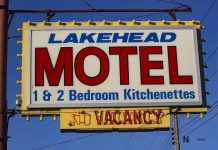