HALIFAX – OPINION – Nobody should be surprised – concessions on dairy access during the United States-Mexico-Canada Agreement (USMCA) negotiations were foreseeable.

Americans went from wanting to tweak the North American Free Trade Agreement last year to getting significant concessions from Canada in the USMCA, which replaces NAFTA.

It’s a deal we needed, of course. But how will our supply management scheme fare and how will our dairy sector cope with its new global reality?

We conceded to Europe through the Comprehensive Economic and Trade Agreement (CETA) and then to Asia, a few months later, with the Comprehensive and Progressive Agreement for Trans-Pacific Partnership (CPTPP). Concessions for both deals equaled the amount of milk produced by about 500 dairy farms in the country.

So it was only natural to concede to the United States, our closest and most important trading partner.

Ottawa was likely just waiting for Quebec election campaigning to conclude before making any announcements. Wise move on the federal government’s part.

But now the dairy sector finds itself in a much weaker position, with no apparent plan or support. The new deal compounds pressure generated by the two other multilateral deals. And so the fundamental rationale for our supply management system is put to the test.

By allowing more Canadian market access to American producers – three to four percent perhaps – the USMCA could compromise the livelihood of at least 300 to 400 Canadian dairy farms over the next few months.

Nonetheless, the end of the Class 7 dairy pricing system is good news for consumers. Dairy processors and food service sectors will benefit greatly as lower costs will surely enhance their competitiveness. And so we all should win.

In this new world of uncertainty, punctuated with bombastic, rhetorical statements, our supply management system will need to change. But it needs to change on our own terms.
Canada is the only industrialized country in the world where such a system still exists. Changes are necessary to leverage opportunities abroad.

Contrary to what Dairy Farmers of Canada wants Canadians to believe, countries like Australia have survived the end of supply management. The Australian system ended in 2000, after some hiccups. But the sector performs well today even in the face of several severe droughts and depressed world dairy prices.

Dairy farmers in Australia are surviving with barely any subsidies. A drought relief fund set up to support dairy farmers is heavily funded by grocers. For every litre of milk sold at retail, Australian farmers get 30 cents. Since one litre of milk cost roughly $1 and is used as a loss leader these days, this adds up to 30 percent of sales made at retail going to farmers. It’s an intriguing partnership.

It would be interesting to see Loblaws and Sobeys give 30 percent of their milk sales directly back to dairy farmers. But with supply management, partnerships and relationships built on trust are highly unlikely.

A new deal on supply management would require the support of the entire value chain, not just dairy farmers. And given the fiscal baggage in supply management, financial institutions would also need to be engaged.

We’re probably 20 years behind the rest of the world on the supply management front. The USMCA talks are a reminder of just how out of touch some of our agri-food sectors are with their international counterparts.

Quarrels with the American administration have forced Canadians to discuss the whole issue of supply management openly, which was unheard of just a few years ago. It’s now a matter for all Canadians to debate.

Supply management is mostly about food security and how we develop our economy in rural regions. It’s not just about a small group of highly privileged farmers.

Canadians are starting to recognize that access to quality, affordable food doesn’t solely depend on safeguarding supply management. These two dimensions are mutually exclusive and Ottawa understood that. That’s why in the end conceding on market access was the easiest of options.

But what was surprising was the arrogance of Ottawa – and the support from Canadians – when refusing to give in to the U.S. to make the deal work. Many have praised how the government of Justin Trudeau stood firm against the American administration as if we actually matter to them.

That’s a foolish, innocent view of the world.

Anyone visiting the U.S. quickly realizes how insignificant Canada is to them. They know very little about us and like it that way.

The economics of USMCA just don’t allow for Canada to be snooty. Who are we kidding? The U.S. is the largest economy in the world.

If Canada starts to act like it really cares about trade and wants to transform its agri-food economy into a trade-focused force, Americans will probably start paying attention to what we have to offer. But until then, egotistical attitudes should be curbed.

We should, in fact, be grateful to the American administration for getting Canadians to talk more about supply management. Most Canadians may not yet understand the system, but at least they’ve heard of it now, which is a huge gain for all of us.

Sylvain Charlebois is senior fellow with the Atlantic Institute for Market Studies, dean of the Faculty of Management and a professor in the Faculty of Agriculture at Dalhousie University, and author of Food Safety, Risk Intelligence and Benchmarking, published by Wiley-Blackwell (2017).
© Troy Media

Opinion Letter: The true price of giving-in to Trump’s ultimatum in dairy 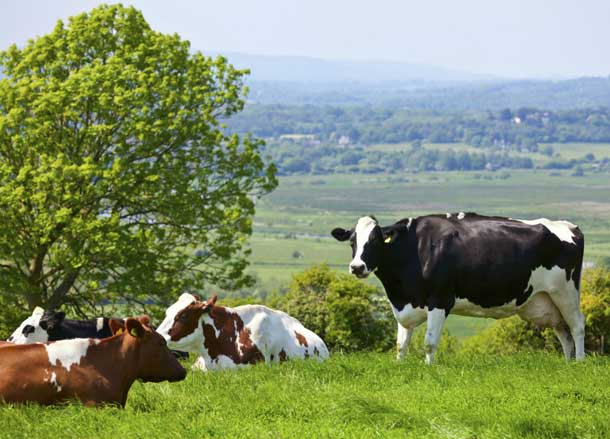 Dairy Farmers Say Get the Facts not the Spin on USMCA