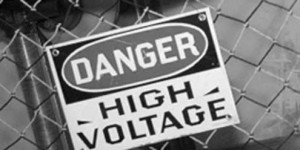 Thunder Bay – The Common Voice Northwest Energy Task Force (CVNW) today reaffirmed its support for NextBridge as the builder and operator of the proposed East-West Tie transmission line expansion connecting Wawa to Thunder Bay. NextBridge and Hydro One Networks will appear before the Ontario Energy Board (OEB) starting on October 2 to present their competing proposals for consideration.

“With NEXTBRIDGE having been working towards the development of the project for four years now, the company has a detailed understanding of the requirements and the costs associated with the transmission line, while Hydro One is at the preliminary estimate stage in their work,” noted Energy Task Force Co-Chair, Iain Angus.

“While Hydro One is suggesting that they can build the line for $100 million less than NextBridge, a careful examination of their submission indicates nearly $367 million in gaps in their costing. For example, they underestimate the cost of Indigenous consultation and accommodation, the cost of a new environmental assessment, the cost of bypassing Pukaskwa Park and an insufficient contingency fund. All of these amount to an additional cost of $156 million. In addition, Hydro One has under-estimated the cost to the electrical system of any delay past 2020 by as much as $124.7 million”, said Angus. “All of these costs make the Hydro One Networks proposal the most expensive of the two proponents.”

“This process and OEB decision is much more than the cost of the construction of the transmission line,” said Angus. “The East-West Tie must be in service by 2020 if the Northwest is to be able to provide electricity to the new mines that are under development. Any delay will negatively impact investment in this growing mining sector and negatively impact employment and economic growth.”
“In addition, over 200 individuals from the Northwest are being trained by Confederation College under the auspices of Supercom; a consortium of six First Nations, with the expectation that they will be able to commence work this fall. Any delay will pull the rug out from under these men and women, many who are Indigenous, who had planned on a future in the electrical transmission industry,” said Angus

“Common Voice Northwest’s Energy Task Force, along with the Northwestern Ontario Municipal Association and a number of Municipalities and First Nations have written to the Minister of Energy, Greg Rickford with a copy to the Chair of the Ontario Energy Board, asking the Minister to intervene” concluded Angus.

Letter to Minister Rickford Re East West Tie by NetNewsLedger.com on Scribd