Treaty Five Territory, Thompson, MB. – MKO Grand Chief Garrison Settee has issued the following statements arising from the Media Release by the RCMP. “MKO supports the York Factory First Nation in the call for a commission of inquiry into the acts of racism, harassment, discrimination and sexual violence experienced by Indigenous Peoples in northern hydroelectric development in Manitoba.

MKO welcomes the Independent Investigation Unit and Ontario Provincial Police’s efforts in conducting the investigation into historical criminal allegations raised during the Clean Environment Commission report and the “Review of the Regional Cumulative Effects Assessment” report.”

“MKO calls upon the Premier of Manitoba to act upon the call for a commission of inquiry. MKO is of the view that the investigations by the IIU, OPP, and RCMP should not limit or delay the Province of Manitoba in calling for a Commission of Inquiry. Any information arising from an Inquiry that may be used in the investigation or prosecution of a potential criminal offence would be forwarded to the respective investigative agency” stated Grand Chief Settee. 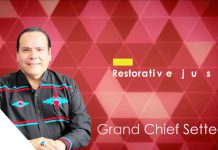 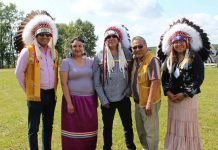