Stouffville – A group of dogs from two remote fly-in communities in Northern Ontario are headed south to find new homes through the Ontario SPCA’s Year of the Northern Dog program.

A total of 12 dogs are scheduled to arrive at Ontario SPCA Animal Centres in Muskoka, Orillia and Barrie this morning. They were transferred yesterday by North Star Air Ltd. from a remote community, located 350 kilometres north of Thunder Bay. The plane then headed to another remote fly-in community to pick up additional dogs in need of homes before continuing on to Kapuskasing.

After a brief layover to rest in Kapuskasing, the dogs were loaded onto Northern Legacy Farm’s “Bark Bus” and hit the highway on their way to the Ontario SPCA Sudbury & District Animal Centre. They remained there last night to rest and were assessed before continuing on to Ontario SPCA Animal Centres this morning. Once they’ve received health checks, the dogs will be placed up for adoption.

“On behalf of Frank Kelner and our entire team at North Star Air, we are proud and committed to playing an active role in making a positive difference in Ontario’s North”, says Karen Matson, Marketing Director & Community Relations with North Star Air. “We continue to take a positive approach to the escalating dog overpopulation in Northern Ontario communities, and avail our aircraft and volunteer staff members to help in the relocating of these community dogs.”

North Star Air was recently recognised for its efforts in the Northern Dog program.

This transfer is one of several that have taken place this year thanks to a partnership between the Ontario SPCA, various Year of the Northern Dog partners and communities seeking homes for their community dogs. To date, over 200 dogs have been transferred from Northern communities through the Ontario SPCA and partner programs.

“Our Year of the Northern Dog program continues to gain momentum as more partners come on board, recognizing the need for animal welfare services in the North,” says Daryl Vaillancourt, Senior Director of Humane Programs & Community Outreach, Ontario SPCA. “We’re working together with remote Northern communities to find homes for animals and to share resources and services that are often not available, such as veterinary care and spay/neuter services.”

For more information, including how you can get involved, visit northerndog.com 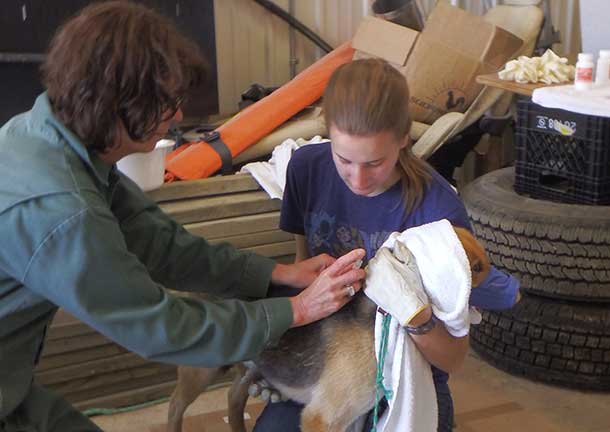