Breaking News!Premier Ford Announcement at 1:15 PM April 4 2020
Home Legal What Are The Different Types Of Traffic Tickets That Someone Can Get? 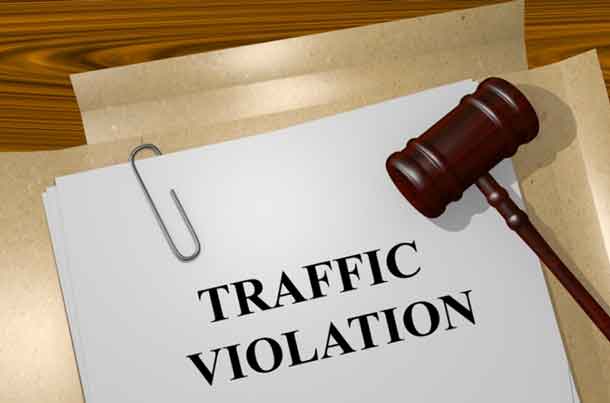 WINNIPEG – When someone talks about traffic tickets, most people automatically think of a speeding ticket – but there are actually many different types of tickets that someone can get. Some traffic violations are major and can end with some pretty severe consequences, while others are minor and can lead to nothing more than a slap on the wrist and a small fine. If you are given a citation for a traffic violation, it is important to understand what the potential consequences might be, and whether you need the assistance of an auto accident attorney to defend you or not.

A speeding ticket is the most common type of traffic ticket. Most areas have posted minimum speed and maximum speed, and if you go over those speeding limits, then you may be ticketed. In most instances, a speeding ticket comes with a fine and it can negatively impact your insurance rate, but it is not that serious. If you are driving at excessive speeds, however, you can receive a much more serious citation. If there is no speed limit posted, then the general rule is that you can only go 35 mph on residential streets, 65 mph on highways, and 25 mph in school zones. If you get a ticket for excessive speeding, then you might have to find someone to defend you against criminal charges.

If you are using your mobile phone, eating, texting or doing anything other than paying attention to the road, then you can be issued a distracted driving ticket. It is illegal in most states to text or talk on your phone while driving. If you get a ticket because someone was hurt due to your distracted driving, then that can come with harsh penalties that will require an attorney.

Driving without a valid license

You have to have a valid license to drive in any state. If you don’t have a valid license and you are pulled over, then you will receive a ticket. You can also get a ticket if your license is expired, you are driving on a suspended license, or if you never got a license to drive legally at all. It is a serious offense, and in some cases it will require the aid of a traffic lawyer to defend you.

Leaving the scene of a crime

Typically called a “hit and run,” leaving the scene of an accident is illegal and can be punishable if someone gets hurt – you run the risk of not just a ticket, but even having jail time imposed. If you hit someone with your car, you are obligated to stay at the scene until the police arrive – period.

If you are driving recklessly and without care to other people on the streets or around you, then it is possible for you to receive a ticket. Things like driving erratically, switching lanes without warning, or excessive speeding might all be considered reckless driving. If someone is injured due to your reckless driving, the penalties can be stiff and the consequences huge, so it will likely require that you have an attorney to defend you.

Although it doesn’t sound all that serious, failure to stop at a red right or running through one is a serious crime and one that can result in a ticket being issued. Depending on the state and what happens when you run a red light, you might need an attorney to fight your ticket or to reduce the consequences of it.

Although people often think of traffic tickets as just getting a speeding ticket, there are many different types of tickets that can be issued to drivers. If you receive a ticket, it is best to know what the potential outcome of being found guilty can be and whether you need someone to defend you in court or not. Don’t just assume that your ticket will come with a slap on the wrist and a fee; there are times when you might face losing your license or even jail time. Make sure that you understand the full potential of what your traffic ticket means to your future.