Put Away the Phone and Pay Attention to the Road

THUNDER BAY – Over the March Break enforcement period, the Ontario Provincial Police laid 2400 distracted driving charges across Ontario. So far in 2017 there have been eleven deaths that have been caused by inattentive drivers in Ontario.

The statistics for 2017 show the number as triple from the same period in 2016. Inattentive driver related incidents are now topping the list as the major causes of death on Ontario roads.

“Road deaths linked to distracted drivers will not let up unless every road user says ‘enough is enough’ and shows a complete intolerance for what continues to be the most life-threatening driver behaviour on our roads. Starting with this campaign, we want to see every Ontarian, especially passengers of all ages, take a firm stand against those who endanger their lives by using their cell phones or engaging in other forms of distractions behind the wheel,”  says OPP Commissioner J.V.N. (Vince) Hawkes.

“Distracted driving continues to be a very serious challenge on our roads. It is particularly frustrating to see this behaviour – which is completely avoidable – cause the kind of carnage that it does. Even one death is one too many. It’s time for all of us to put down our phones and speak up if we see our friends and family driving dangerously – together we can make this behaviour as socially unacceptable as impaired driving,” states  Steven Del Duca, Minister of Transportation.

The Ontario Provincial Police (OPP) are reporting that 2016 marked the fourth consecutive year that inattentive drivers were behind the highest number of lives lost on OPP-patrolled roads over the other main causal factors in road fatalities, known as the “Big Four”.

Sadly however 2017 is on track to top those totals.

In total, 65 people died in OPP-investigated collisions last year in which an inattentive driver was either a contributing factor or the primary cause of the death. In comparison to the other Big Four categories, 2016 ended with 55 speed-related, 53 seatbelt-related and 45 alcohol-related deaths.

“When young people are needlessly injured or killed as a result of distracted driving, my heart aches. Losing a loved one, losing a child, is one of the worst things imaginable – the text can wait. The OPP’s Distracted Driving Campaign is an important reminder to put the phone away and focus on driving. Keeping our roads, communities, and families safe starts and ends with each of us,” comments Marie-France Lalonde, Minister of Community Safety and Correctional Services. 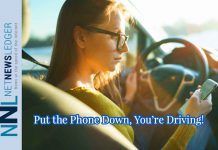 Pay Attention Behind the Wheel this Weekend 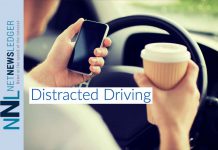 Eyes on the Road, Hands on the Wheel