Abu Dhabi (UAE) – Three must be a lucky number for Red Bull Air Race pilot Pete McLeod. After finishing the final two races of 2016 in third place, the Canadian extended his podium streak to three with a third place at the Red Bull Air Race season opener in Abu Dhabi on Saturday. That puts him at the number three position in the early World Championship standings. And the achievement marked the third time he’s earned a third-place finish in an Abu Dhabi season kickoff, as well.

McLeod had seemed to be a speedway specialist, in past seasons earning podiums at the EuroSpeedway Lausitz, the Indianapolis Motor Speedway, and Texas Motor Speedway, as well as an all-out win at Las Vegas Motor Speedway, but his third podium over the Arabian Gulf – beating out none other than defending World Champion Matthias Dolderer in the Final 4 – confirms that he’s equally as strong on racetracks over water.

“It’s great; I can’t ask for a better start. It’s so competitive out there, and I wanted to pick up where left I off last season,” said the Team McLeod pilot. “I now want to work on being faster. Today was a good day – my team made it easy for me to go out and fly. Everyone says it’s a team effort, and it all kind of came together.”
In what was a remarkable start to the 2017 Red Bull Air Race season, the Czech Republic’s Martin Šonka clinched his first race win since he joined the World Championship in 2010. Spain’s Juan Velarde turned his first-ever appearance in the Final 4 into his debut podium with second place.
Tickets for all stops of the 2017 Red Bull Air Race World Championship – including the next race in San Diego, USA on 15-16 April – are on sale now.
For more information on tickets and all the latest, visit www.redbullairrace.com 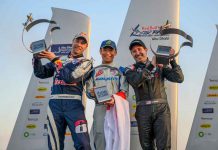 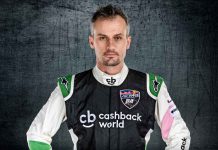