Under The Northern Sky

We need more people like Chief Walter Naveau of Mattagami First Nation and Fire Chief Mike Benson of Gogama, Ontario. They have proven themselves as powerful advocates for local people and the environment.

These two men and a host of other people have been lobbying the provincial government and the Canadian National Railway Company (CN) for months to finish the clean up from a spill that resulted in crude oil entering the Mattagami River system when more than 20 CN rail cars derailed spilling more than a million litres of oil into the Makami River and on to the land.  The company had suggested that much of what had to be done in terms of clean up had been completed and that tests showed things were good. However, local people who have travelled and fished the waterways affected, complained this past summer that there were signs of oil in the water and many fish had been found dead.

Chief Naveau, supported by his council members, Elders, staff and community members joined with Fire Chief Benson and the towns people of Gogama to protest this past month. Chief Naveau and Benson visited Queen’s Park with the assistance of France Gélinas, Member of Provincial Parliament for Nickel Belt, to bring their case to Minister of the Environment and Climate Change Glen R. Murray. Initially it seemed as though their cause had been largely sidetracked after being raised in question period, however a number of fateful things occurred.

MPP Gélinas arranged for Chief Naveau and Benson to meet with David Suzuki who was by chance at a nearby event. Suzuki offered to lend his voice to their cause and encouraged them to continue their efforts. Through the combined efforts of everyone, things took a turn for a solution. When they returned to their home communities a little later, CN announced it would be going ahead with the clean up. The company confirmed that they received the necessary approvals to begin the cleaning of the oil-contaminated sediment from the bottom of the river which Gogama and Mattagami First Nation had been pushing for.

The Ontario government and in particular the Ministry of the Environment and Climate Change provided the necessary action to give CN the opportunity to continue their clean up before the waterways freeze. The work is going on now and involving local people from Mattagami First Nation and Gogama. What could have turned into an ugly confrontation between the public, government and CN has resulted in a sensible, timely and hopefully effective solution in terms of cleaning up the affected Makami River.

Rather than lingering with finding fault and continuing any kind of confrontative approach all parties involved are working on a solution to the original tragic spill. Congratulations to all involved including the Ministry of the Environment and Climate Change, the government of Ontario, CN management and staff, MPP Francine Gelinas, David Suzuki, Chief Naveau and his council and staff, First Nation Elders and Fire Chief Benson. A note of thanks also to Wabun Tribal Council’s Shawn Batise and Jason Batise for their efforts and expertise from the time the spill first occurred.  Meegwetch to all for working hard to do the right thing for the people, the water, the land and the creatures that fly, swim and walk in our pristine wilderness.

I have known Chief Naveau for many years now and I have learned that his passion, love and dedication to Mattagami First Nation knows no boundaries. He constantly fights the good fight for First Nation people in his circle of Chiefs in the Nishnawbe-Aski Nation (NAN) and on the national scale with the Assembly of First Nations (AFN). When we need a voice to stand and be heard for our youth, our Elders and the land we can count on Chief Naveau to rise bravely and speak. I have also learned that we can count on his kindness, openness and consideration for people in general and I have never seen him hold a grudge. He gets the job done and moves ahead.

We need more people like Chief Walter Naveau and Mike Benson because they do the heavy lifting and help us all rise to make things right when they go wrong. 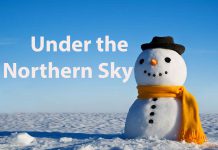 Time to Build a Snowman – Under the Northern Sky 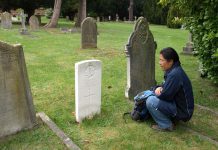 Oo-nee-kamik – The Place Outside: Under the Northern Sky

The Wonder Of It All