REGINA – BUSINESS – Canadian farmers are in a strong position to meet their financial obligations, despite plateauing farm incomes and slowing land appreciations, according to FCC’s 2016-2017 Outlook for Farm Assets and Debt Report.

“This financial strength allows the industry to invest even more in the innovation and productivity it will need to feed an ever-growing world population,” said J.P. Gervais, FCC’s chief agricultural economist.

A low debt-to-asset ratio is generally considered better for business, since it provides financial flexibility and lowers risk for producers.

FCC’s Outlook for Farm Assets and Debt Report provides an overview of the balance sheet of agriculture, focusing on the financial health of the sector. It also looks at the affordability of assets relative to farm income, with a special focus on farmland values.

“After a prolonged period of strong growth in farm asset and land values, our projections indicate a deceleration in both increasing land values and farm debt levels,” Gervais said.

The report analyzed three key indicators of the financial health of Canada’s agriculture sector: liquidity, solvency and profitability. It found that farm liquidity, which looks at the ability of producers to make short-term payments, and solvency – the proportion of total assets financed by debt – have remained consistently strong over the past five years.

In 2015, farm profitability, calculated by comparing net income to total assets, was slightly below the five-year average due to strong farm asset appreciation, especially in farmland values.

“Land is the most valuable asset a farmer owns and the most important input for agricultural production,” said Gervais, noting that land made up 67 per cent of the value of total farm assets in 2015, compared to 54 per cent in 1981.

“As farming becomes more profitable, farmland becomes more expensive,” he said. “However, when asset values are increasing more quickly than net farm income, overall profitability begins to soften. This reflects the cyclical nature of the business.”

Gervais said a combination of low interest rates and strong crop receipts was the primary cause of the rapid rate of asset appreciation in recent years. He projects appreciation will slow down with the expectation of lower crop prices over the next two to three years.

To join the discussion on FCC’s Outlook for Farm Assets and Debt Report, visit the FCC Ag Economist blog post at www.fcc.ca/AgEconomist.

FCC ready to help customers get back on track 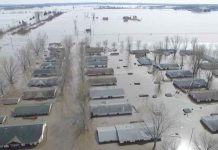 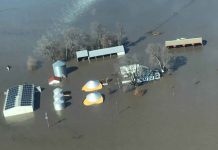 More than One Million Acres Under Flood Waters