TORONTO – “Yesterday’s Ontario budget focused on job creation and infrastructure investment but failed to include First Nations in its ambitious plans for a new low carbon economy, nor was there any much needed funding to address the child welfare crisis,” said Regional Chief Isadore Day. “We must be included in future infrastructure spending – estimated at $160 billion over the next decade — especially as major partners in combating climate change through green energy and environmental protection initiatives.”

“Perhaps the greatest stimulus funding program for First Nations will be resource revenue sharing (RRS), a long-standing commitment that the province has yet to implement. If Ontario implemented current RRS policies such as those in Quebec and BC, many of our communities would be actually generating revenues that would contribute to the province’s economic growth.”

Not all Bad News

“There was some good news for First Nations, from health and education to energy, and for ending violence against Indigenous women,” said Regional Chief Day.  “Finance Minister Charles Sousa did acknowledge in his speech that taking action on the Truth and Reconciliation Commission (TRC) will improve social conditions and economic opportunities for our Peoples. This is welcome news, which involves a great deal of co-ordination with the federal government. However, we expected to see action now as a result of our renewed relationship through the Ontario – First Nations Political Accord. ”

“In terms of addressing the current public health emergency in the Nishnawbe Aski Nation, Aboriginal Health Access Centres (AHAC) and nursing stations are included in an additional investment of $85 million over three years to improve faster access to primary care for all Ontarians. The immediate challenge in the coming months will be to dedicate a significant portion of this funding to address our Peoples’ health crisis.”

Highlights of the budget include:

First Nation communities will be involved in tobacco and gas revenue generation opportunities, as well as a modernized Ontario Gas Card. There will be continued investments in the Aboriginal Healing and Wellness Strategy. An Indigenous housing strategy will be developed. Homeowners on reserve will be eligible for up to $900 per year in hydro bill assistance.

“While there are positive elements in the 346 page budget, the most encouraging aspects include commitments to continued work with First Nations on reconciliation and empowerment through the Political Accord, as well as acting upon the TRC recommendations,” said Regional Chief Day. “Next year, we look forward to full First Nation participation in the economy. Together, we can build a better Ontario and generate a surplus budget.” 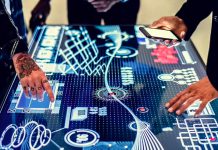 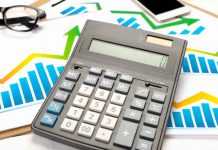 Making the Money Last Longer than the Month