5 years for Sexual Assaults against 5 Victims

On November 30, as witnesses were set to testify against Lamont at trial, a plea agreement was reached between defense attorney Gil Labine and Crown Prosecutor Robert Kozak where twelve of the charges were dropped in exchange for the guilty plea by Lamont for five counts of sexual assault involving five young men. A sentencing hearing was then scheduled for February 8, 2016.

The five victims of Gary Lamont were entitled and encouraged to make victim impact statements to be read at the sentencing hearing. There were 10 people attending in support of the victims, with at least two of the victims in attendance Monday morning.

One of the male victims was in custody and asked Crown Attorney Robert Kozak to read aloud his statement. He wrote of how as a result of being sexually assaulted, he became a totally different person. He was angry all the time and got into fights frequently. He had self-medicated with pills and alcohol for years and really struggled knowing he would have to see his perpetrator again. He fantasized about killing Lamont but he wanted most of all to expose him, telling everyone what Lamont had done; that as a result, his whole life had changed, his life now, a life of crime.

All of the victims wrote of experiencing suicidal thoughts, suffering bouts of depression and anxiety──fears that Lamont would make good his threats against them and their families.

Dolly and Mervin Dove were also in attendance for the sentencing. Their son Scott Dove was murdered in November 1984 and while there was an on-going Thunder Bay Police murder investigation, the Coroner’s office in January 1986 called an inquest into the death of their son Scott.

At the unprecedented inquest, two witnesses testified about death threats by Lamont for them speaking with police about the case. The inquest and witness testimony was halted by Lamont’s attorneys Lee and Dianne Baig after two days and eventually canceled but Gary Bruce Lamont had been in effect named publicly as a murder suspect. There were however never any arrests made and the case eventually went cold.

On Monday, just after noon, Judge Fregeau agreed with the joint submission from the Crown and the defense and sentenced Gary Bruce Lamont to a 5-year penitentiary term, minus 94 days of pre-trial custody.  At that point, the victims and the people who came to support them at the sentencing taunted and jeered Lamont as he was handcuffed and led away by a bailiff.

“Hallelujah. Hallelujah. I hope he hangs himself”, an elderly lady remarked loudly, “I hope someone hangs him”. One man yelled out, “See you later you f…… goof”. When asked for her reaction regarding the sentence, a woman who was crying remarked, “Not enough, not enough”.

When Crown Prosecutor Kozak was asked for an explanation of why twelve of the charges were dropped and why such leniency was afforded Lamont when sexual assault could net up to 10 years per count, he decided he didn’t want to make an official comment. 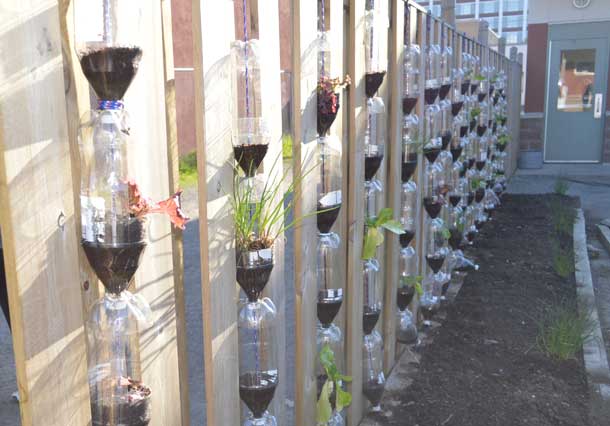 You Are a Somebody – Making a Better City