Like It or Not Corporate Canada, We’re in your boardrooms

THUNDER BAY – BUSINESS – Chief Clarence Louie addressed the APEX – Aboriginal Partnership Exchange on June 4th in Thunder Bay. The Chief of the Osoyoos Indian Band expressed that his passion is helping his people, and that he believes the best social program is having a job.

The capacity crowd at the Victoria Inn of over 300 people came out to network and engage at the event sponsored by the Chamber of Commerce and the Nishnawbe Aski Development Fund.

Chief Louie said that far too many First Nations in Canada have “Great Depression unemployment rates”, and that is simply unacceptable.

The Chief said, “What we are asking for is a fair chance, we want the same standard of living that most non-native people have”.

“I believe it makes no sense to have a poor neighbour”.

Chief Louie said, that the unemployment rate on First Nations should be the same as it is on the nearest community.

The Chief said that rather that talk with politicians that Chiefs should be talking with business people.

Progress the Chief said will come as the First Nations start building their economic power.

The Chief said that once the Osoyoos Indian Band started to get prosperous, that politicians, the Premier, Mayors, and business people started knocking at their doors. 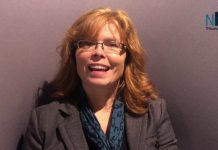 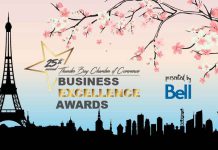