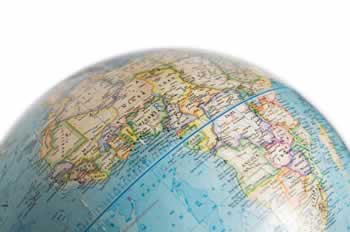 Greece’s fiscal crisis is rooted in an imbalance between revenue and spending, which was exacerbated after 2000. While Greece’s debt to GDP ratio was relatively low until the early 1980s, that decade also saw new spending designed to raise economic activity and consumption levels via borrowing that ultimately became unsustainable. As the debt grew, opportunities to bring it under control – such as the relatively higher economic growth period between 2000 and 2007 – were missed.

However, even this recent economic growth was illusory as it was rooted in government spending increases around the hosting of the 2004 Athens Olympics. The period from 2000 to the start of the financial crisis in 2008-09 saw substantial growth in public sector wages, increases in public spending and a gap between revenues and expenditures exacerbated by a weak tax collection system. Once the financial crisis erupted, the large mass of debt generated rising debt service costs as interest rates rose.

Greece had already acquired a substantial debt prior to joining the Euro in 2001 but membership in a new stronger currency allowed it to borrow even more, financed by the low interest rates then prevalent. Essentially, Greece was able to benefit from the higher credit worthiness of less indebted members of the Euro zone despite its high public debt. Europe has been paying the price since.

The evolution of Greece’s finances into a full-blown debt crisis in 2009 resulted in the 2010 EU bailout package of €110 billion accompanied by Greek austerity measures and higher consumption taxes. As the crisis deepened, the EU in 2011 channeled another €109 billion in bailout funds and a 50 per cent debt write-off in return for further austerity measures. In 2012, another package of austerity measures was approved by the Greek parliament as the price of another €130 billion bailout. Civil service layoffs and government spending and service reductions have generated protests and the election of the anti-austerity Syriza coalition in 2014, setting the stage for this week’s crisis.

So where is Greece today after billions in bailouts and the imposition of reforms and austerity? According to figures from the IMF, since 2010 Greece’s gross government debt has declined from €330 to €316 billion – a 4 per cent fall. Meanwhile, because of its shrinking economy – real GDP dropped 16 per cent – the gross debt to GDP ratio grew from 146 to 173 per cent. Over the same period, government spending has fallen by 31 per cent but revenues are down 14 per cent and a balanced budget remains elusive. Real per capita GDP has fallen by 14 per cent while the unemployment rate has risen from 12.7 to 24.8 per cent with total employment dropping nearly 20 per cent.

In other words, the policy response to date involving the Greek Government, the European Commission, the European Central Bank and the International Monetary Fund has seemingly brought little improvement to the situation. Years of bailouts do not appear to have led to a stable long-term resolution of the Greek crisis. Yet, the constant threat of default and withdrawal from the Euro and a subsequent European financial meltdown do not appear to be rattling world financial markets.

It would appear that many are expecting the current Greek crisis to be solved by yet another short-term fix involving loans that will buy more time in the hope that economic growth will let Greece stabilize its finances. Europe is averse to Greece’s withdrawal from the Euro mainly because of the political statement that makes about the success of the European Union. The recent suggestion that Russia may loan Greece money may even prompt the Americans to step in with assistance of their own – global politics being what they are. In the end, this will perpetuate what has become an interminable Greek fiscal drama as the preferred option to default.

First Nations Must be Full Partners to Achieve Success

Lessons from the Greek Economic Meltdown