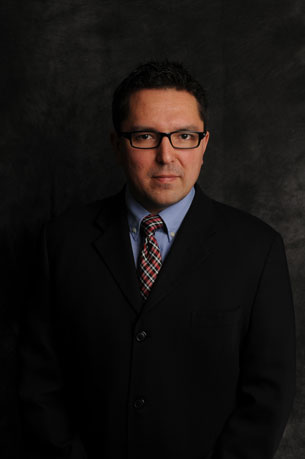 THUNDER BAY – The race for the Liberal nomination has grown again. The Liberal Party of Canada has given the green light to Don Rusnak as a Federal nomination candidate in the Thunder Bay – Rainy River riding.

Over the years, Don has worked in the forestry industry, government and in private practice. Don has the skills, experience, knowledge and energy to tackle the issues facing the riding.

Rusnak says, “I understand the issues in the riding because I’ve experienced the issues on every level. It’s time for politicians at all levels to work together, to realize there is only one taxpayer, one citizen.”

Don emphasizes it’s important for governments of all levels to work together and stop playing the politics of division. “To resolve and improve the issues facing the people of the riding today, local communities, the provincial government and the Federal government must work together, delivering the infrastructure and services the people deserve and need.”

Don believes governments need to spend smarter, to find savings in the way governments operate and currently spend. “It’s the public purse, not the public trough; it’s about time politicians realize this and spend public money responsibly.” Through eliminating the waste in the way governments spend, at all levels and responsibly allocating resources to where they are needed, all governments can reduce the burden on the taxpayer. “Governments at all levels must understand that there is only one taxpayer.”
Don’s campaign will focus on the economic and social issues facing the people of the Thunder Bay –Rainy River riding. “We need to understand that everything is connected, that economic issues are connected to social issues and vice versa.” Don believes that governments need to allocate resources efficiently and effectively, where they are needed most. “It wouldn’t be consistent with Canadian values to not help your neighbour when they needed it most.” Don has strong views about the federal government becoming a partner with other levels of government to help solve the many economic and social issues facing all communities across the riding. “The provincial and local governments need a partner that will work collaboratively with them, to solve the issues facing the people of the riding.”

Don attended Lakehead University where he studied Political Science and in the Integrated Forest Resource Management Program, graduating in 2000. In 2001, Don attended the University of Manitoba, Robson Hall Faculty of Law, graduating in 2004. During his final year of law school, Don attended Osgoode Hall Law School to study in the Intensive Program in Aboriginal Lands, Resources and Governments. Don, 39 will celebrate his 40th birthday two weeks prior to the scheduled federal election date of October 19, 2015. He resides in Thunder Bay. 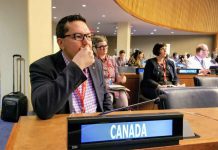 Seine River First Nation to Benefit from $1.5 Million From Fednor