This has the OPP asking road users to be part of the solution to reduce the number of preventable collisions over the 2014-2015 winter.

Poor driving behaviour – not poor weather or road conditions – was a primary contributing factor in many of last winter’s single and multi-vehicle crashes, taking an unrelenting toll on road users, the movement of traffic and the provincial social costsassociated with motor vehicle collisions.

Between December 1, 2013 and March 31, 2014 a total of 33,334 collisions occurred on OPP-patrolled roads compared to 25,953 collisions over the same four-month period in 2012-2013. The crashes resulted in deaths and numerous serious injuries. Among the injured were OPP officers who responded to these crash scenes and whose cruisers were struck by drivers who failed to adjust their speed to the conditions.

The OPP will be working closely with the Ministry of Transportation (MTO) to ensure that roads are kept as safe as possible over the winter months – but the OPP admits that they cannot do this alone.

“No other road safety partner can have as strong an influence on reducing the number of collisions during winter as drivers can through positive driving behaviour. During the winter months, the way people drive needs to be very different than the way they drive the rest of year. If every driver makes this critical change this winter, we will not have another chaotic winter that ends with a staggering number of collisions and the associated injuries and deaths,” stated OPP Deputy Commissioner Brad Blair, Provincial Commander of Traffic Safety and Operational Support.

“The safety of our roads is always a top priority and we continue to work closely with our road safety partners to promote safe and responsible winter practices. Ontario winters can be challenging for drivers. Be sure to check road conditions on MTO’s Ontario 511 Traveller Information Services. Please stay alert, slow down and drive according to road and weather conditions,” added Steven Del Duca, Minister of Transportation. 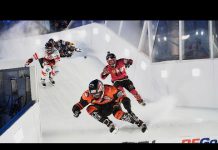 Embracing the Fun of Winter 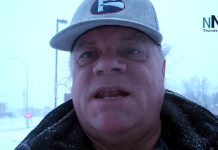 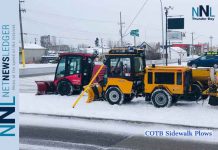 Are You and Your Vehicle Ready for Winter Road Conditions?