NDP Leader Tom Mulcair and Members of Parliament across the country announced their plan to create or maintain one million affordable childcare spaces across Canada.  The goal is to ensure parents don’t pay more than $15-a-day for a childcare space.

“Moms and Dads across Canada work hard and sacrifice every day to ensure their kids get the start they need,” said NDP leader Tom Mulcair in Ottawa.  “But in the last nine years under Stephen Harper, parents have seen their childcare costs go through the roof. It’s time parents got a break.”

With his experience as a Quebec Cabinet Minister, Mr. Mulcair described that the NDP’s plan would be based on the successful childcare model from Quebec. Research from Economist Pierre Fortin shows that affordable childcare in Quebec helped 70,000 mothers join the workforce and boosted the economy by $1.75 for every dollar spent by the government.

There are currently 900,000 children in need of care with no access to quality affordable childcare spaces. In many parts of the country, parents face childcare monthly bills in the thousands of dollars. Mulcair’s Plan for Affordable Childcare envisages working with the provinces to create more spaces and reduce costs to no more than $15-a-day.

Dilico – “We must stop the pain and suffering” 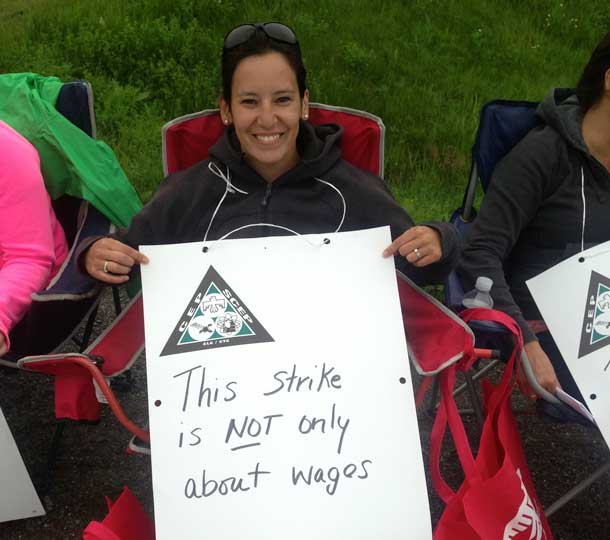