THUNDER BAY – One hundred years ago this week, World War One started. For many young men in Canada, the start of the war, that was later to be called with hope, “The War to End All Wars, it was a chance to show their patriotism to King and Country.

Thousands of people enlisted, in many cases some thought it was a chance for a quick trip back to Europe. Across the Canadian Prairies, many families had just arrived in Canada to homestead.

The War to End All War

In Thunder Bay the halls of Hillcrest High School, Port Arthur Collegiate and Fort William Collegiate were lined with the pictures of young men who had enlisted and headed off to fight.

The “War to End All Wars” saw sixteen million people die in what was an especially brutal war. The war changed the landscape in Europe, and led to the Russian Revolution that saw an end to the Tsar and the Russian Royal family.

By the end of the First World War, the seeds had been sown that brought about the conditions that led to the rise of the Nazi Party and Adolf Hitler.

A war to end all wars? Sadly not. 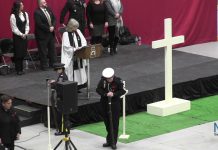 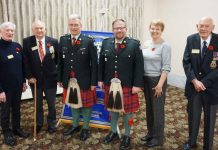