“They draft training programs on their own. They send them to our headquarters at Canadian Forces Base Borden but they go ahead conduct regular training quite often on their own, without a (full-time army) instructor from Borden being in their community.

“They have become a very independent Junior Ranger program on their own.”

Captain Fletcher presented the award at Camp Loon, an advanced training camp for Junior Rangers held annually in the bush north of Geraldton. The Junior Rangers are a national program run by the Canadian Armed Forces for boys and girls aged 12 to 18 in remote and isolated communities across Canada.

“It came as quite a shock when I learned we had been named the top patrol in Ontario,” said Master Corporal Brent Labine, the Canadian Ranger in charge of the Mishkeegogamang patrol. “It made me very proud of our Junior Rangers. But without our community volunteers and our Canadian Rangers there’s no way we could have accomplished what we did this year.”

Brayden Fox, 13, says he is a Junior Ranger with the 43-member Mishkeegogamang patrol because it does interesting things and helps him meet new people and make friends.
“I never miss one of our meetings,” he said. “We have one every week or week-and-a-half. We learn things like GPS. We do skidooing and other kinds of training. We go to Mud Lake and set up tents and camp out. We go to Lac Seul (First Nation) and train with their Junior Rangers. It’s fun being a Junior Ranger.”

Mishkeegogamang Chief Connie Gray-MacKay, a former Canadian Ranger, said the award did not really surprise her. “I know our young people are good. I always knew they were the best.”She said it was “awesome” that the Mishkeegogamang Junior Ranger patrol is attracting non-Aboriginal members from the town of Pickle Lake and conducting joint training with members of the Junior Ranger patrol in Lac Seul. 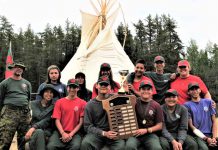 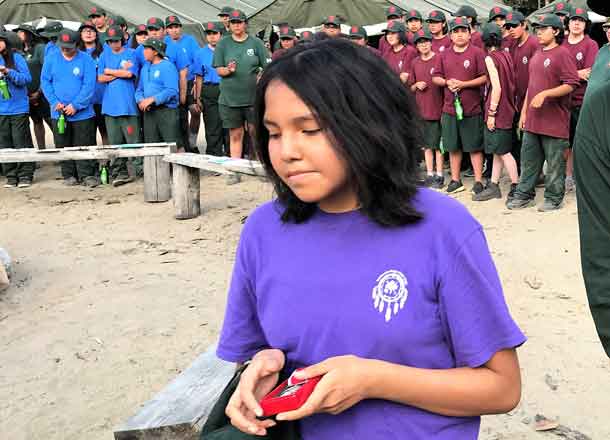