PERTH – The United States Navy is a part of the international effort to search for Malaysia Airlines Flight MH 370. The search off the west coast of Australia has been ongoing. There has been no new pings from the flight data recorder leading authorities to believe that the batteries have expired.

The Bluefin underwater search has now completed eight dives looking for a sign of the aircraft.

The government of Malaysia is issuing death certificates to the relatives of passengers who were onboard the flight.

The families of the people aboard the flight, along with many in the international community have expressed frustration over the way the government has handled the situation. Malaysia Airlines were issuing regular updates, and have stopped.

Information from both the airline and the Malaysian Government have, at times been confusing, or worse for families been changed. 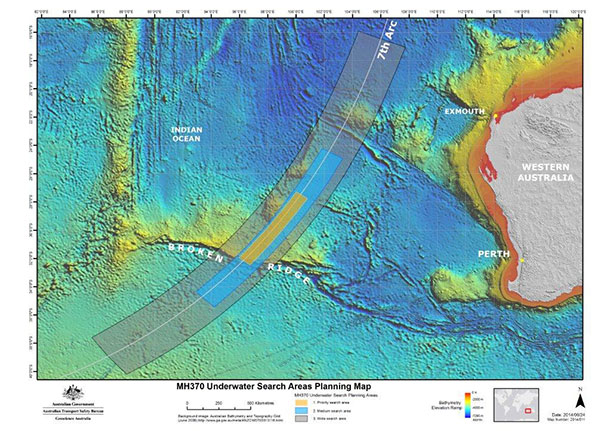 MH370 – All Aboard Presumed Dead

Hijackings That Look Like The Case Of Malaysia Airlines 370