OTTAWA – Canadian Rangers and other military personnel have completed a unique long-range military surveillance patrol, travelling 2,250 kilometres by snowmobile to celebrate 20 years of service by the Rangers in Northern Ontario.

It was the longest patrol in the history of the Rangers in Northern Ontario.

The patrol began on Nabiski Lake, near the Ontario border with Manitoba, and traveled along the coasts of Hudson Bay and James Bay before driving south to Cochrane to highlight the first day of the town’s annual winter carnival. After a day of rest, it headed back north, with Rangers snowmobiling back to their homes in the Cree communities of Attawapiskat, Fort Albany, Fort Severn, Kashechewan, Moose Factory, and Peawanuck. A total of 41 Rangers participated in the patrol.

“It has been an incredible experience for me,” said Brigadier-General Julian Chapman, deputy commander of the army in Ontario, who spent three days with the patrol. “It was three days to remember and one of the great experiences of my 34 years in the Canadian Armed Forces. I’ve been truly honoured to be able to travel with the Rangers.

“The North is a critical part of the province of Ontario for the army in providing service to our communities and Canadians. This is where the Canadian Armed Forces can really serve Canadians. It’s our Rangers who go out and literally risk life and limb to protect the people of the North on a daily basis.”

In the last 20 years the Canadian Rangers, who have 550 Rangers in 23 First Nations across the Far North of Ontario, have created a significant record of service. They have conducted search and rescue operations for missing hunters, trappers, fishers, and overdue travelers. They have rescued the crew of a downed plane, and played key roles in evacuations of several First Nations threatened by forest fires, tainted water, and spring flooding. As individuals they have rescued people from burning buildings and given critical first aid to save lives in a shooting and helped to prevent suicides.

Their service has been recognized with medals, awards, and commendations. A total of 24 Rangers were decorated for their long and dedicated military service as the patrol passed through their communities.

Across Canada there are 5,000 Rangers, who are part-time army reservists, in more than 200 remote  and isolated northern communities.

“Being a member of this patrol has been a great experience,” said Master Corporal Gilbert Spence of Attawapiskat, where he is the airport manager. “It is an experience I am never going to forget. One day we were on our machines for 18 hours. It wasn’t like being on a groomed trail. We had to break trail with difficult and challenging snow and weather conditions. That was a challenge.”

“Twenty years is a significant milestone for the Rangers of Northern Ontario,” said Captain Mark Rittwage, the officer commanding the province’s Rangers. “ We have never done a long-range surveillance patrol like this before. So we thought what better way to celebrate than to showcase the capabilities of the Canadian Rangers in Ontario to the communities we serve and to the Canadian Army.

“We travelled in wind chills of -60C and in blizzard conditions. The patrol had to turn back an hour after it left Peawanuck. They couldn’t follow the tracks of the lead snowmobile. The wind was gusting so badly the tracks were disappearing before anyone could see them. The odd machine broke down. Fuel lines and carburetors froze. Those were just some of the challenges and the Rangers passed the test with flying colours.”

General Chapman said people in Southern Ontario know little about the North. “In the South we have no understanding of what the Rangers do on a daily basis in the North and how respected they are in their communities. Life in the North is demanding and difficult, particularly in the middle of cold weather. Every Canadian needs to be able to see and understand what the North is all about.

“The Rangers have every reason to be proud. Not just for this patrol but for all the things they do on behalf of their communities and of Canada. They are just great soldiers.” 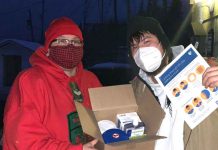 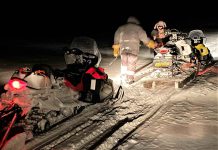 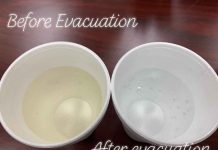 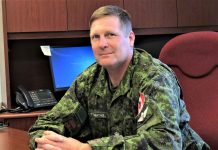 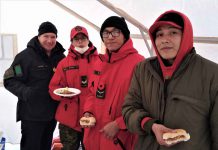