Rio De Janeiro, Brazil- Sports News – FIFA World Cup 2014 has officially kicked off in Rio De Janeiro Brazil, with a staggering 1.2 million tickets sold in the first 24 hours. The record breaking FIFA ticket sales began with the opening of the second sales phase for the Rio De Janeiro, Brasil 2014 FIFA World Cup. In the world of soccer it is the passionate Brazilian football fans who bought up the first 85% of the FIFA soccer tickets. Brazil is the host for the 2014 World Cup leading the world with the highest number of requests followed by the rising star in the world of international soccer powerhouse the United States and other leading soccer countries:

FIFA World Cup has grown from a small soccer tournament first held in Uruguay in 1930 into the Worlds Biggest Sporting Event. Today football fans from over 200 nations will be fighting to get their tickets before they are all sold out. Fans can go online until 12 noon on 30 January 2014 to apply for tickets on the official World Cup website FIFA.com/tickets.

FIFA has set up this draw to be fair for all fans to have an equal chance for success with a new ticketing system that all requests will be amalgamated at the end of the phase and processed all together in one big raffle draw. In games where the football fans exceeds the number of tickets available, a global FIFA Football Lottery will be held to select the lucky ticket winners.

Worldwide football fans are coming home to their historic roots in Rio De Janiero Maracana Stadium.  For loyal country team fans FIFA has set up a special team package system that will allow rabid fans to follow their teams throughout  the World Cup event including the Final that will be help on July 13 in Rio De Janeiro in the Temple of World Football , the famous Maracana Stadium that once hosted over 200,000 fans for one world cup final.

Pele, Maradona, Messi and Ronaldo Will Make History In Brazil

FIFA has had many former World Cup football legends attend the World Cup Finals since the first in 1930’s. This World Cup in Brazil is predicted to be not only the biggest event on the planet but the biggest event in the entire history of mankind. Soccer legend Pele of Brazil, who is the original King of Football and a former winner of three World Cups including the 1970 FIFA World Cup will be part of the opening ceremonies along with another Soccer King and FIFA World Cup soccer legend, Diego Maradonna who scored the two most popular and infamous goals in the history of the sport both in the same game against England in FIFA World Cup in Mexico 1986.

Modern day FIFA superstars still dream of having their name engraved alongside of Pele and Maradona on the Jules Rimet Cup but it is getting harder and harder as the teams continue to get better and better.  Argentinian hero Lionel Messi and Portugal super star Cristiano Renaldo will be fighting for place in football history and for their respective football mad fans in Argentina and Portugal but in the end only one superstar will emerge to lift the World Cup over their heads in victory.

The FIFA World Cup has been stolen at least three times. The last time was in 1983. In Rio de Janeiro a gang of thieves who melted it down for its value in gold.  The shocked Brazilian Football Association, who had kept the trophy after being the first country to win this prestigious global tournament three times, made an exact replica and currently have it stored safety away under high security in the Rio De Janeiro Football Hall of Fame. The gold plates on the four sides of the base have the names of the only nine countries to have ever won the FIFA World Cup between 1930 and 2010. Maybe this year a new country will be added if only the world top FIFA Football powerhouses will let it go. We will soon find out on July 13, 2014 as the entire planet prepares for the opening kick-off of the 2014 FIFA World Cup in Rio De Janeiro Brazil. 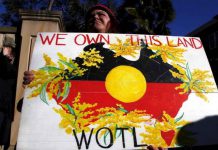