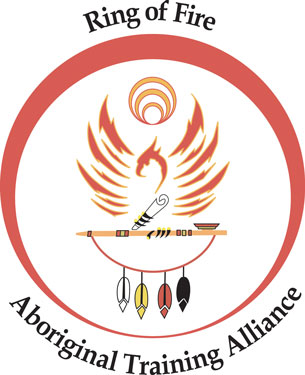 Noront Resources Ltd. (“Noront”) (TSX VENTURE:NOT) today reaffirmed plans for development of its Eagle’s Nest nickel-copper-platinum group metals mine in the Northern Ontario Ring of Fire. Although Cliffs Natural Resources announced the suspension of its chromite project, Noront remains on track to deliver its Environmental Assessment (EA) by the end of 2013.

“Noront’s schedule is based on the Eagle’s Nest project being the first mine developed in the Ring of Fire,” said Noront President & CEO Alan Coutts. “Our projections have not been dependent on the development plans of other mining companies. We look forward to participating in the proposed development corporation with the First Nations, and the Provincial and Federal governments to advance infrastructure planning for the region. As we near completion of our EA process, clarity regarding the timing and financing of this infrastructure will become paramount.”

When Cliffs Natural Resources suspended its Environmental Assessment back in June, Noront also announced that its plans for the development of its deposits in the Ring of Fire have not changed in light of the announcement made by Cliffs Natural Resources Inc. to temporarily suspend their Environmental Assessment (EA) activities for its chromite project in the Ring of Fire. Noront has continuously developed alternative plans, including the use of an East-West corridor, if the planned North-South access route proposed by Cliffs did not materialize.

“In addition to supporting a North-South access route, Noront has always supported an East-West alternative approach for the development of the Ring of Fire that balances First Nations objectives, the environment and job growth. We’re confident this alternative will be attractive to each level of government, the local communities and the people who will benefit from this sensible approach to stimulating development in the Ring of Fire,” said Paul Parisotto, Noront’s Chairman and interim CEO. “We believe this offers a great opportunity for the private sector, First Nations and governments to work together to ensure the Ring of Fire can be developed in a responsible and timely way.”

The Ring of Fire Aboriginal Training Alliance, funded by the federal government is putting the funds, the training and the hands on skills together that will lead to careers in mining for hundreds of Matawa First Nations people.

Noront Resources Ltd. is focused on development of the high-grade Eagle’s Nest nickel, copper, platinum and palladium deposit and the high-grade Blackbird chromite deposit, both of which are located in the James Bay Lowlands of Ontario in an emerging metals camp known as the Ring of Fire. www.norontresources.com

Noront has received no response from Wyloo and advises shareholders to promptly tender to BHP offer for C$0.75 per share