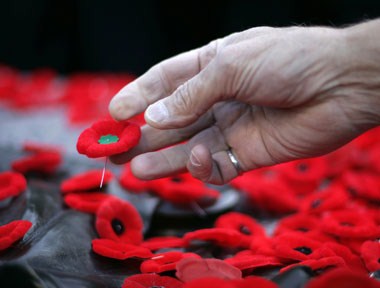 THUNDER BAY – Wear a Poppy! More than 18 million poppies have been distributed to Royal Canadian Legion branches and are ready to be offered to the Canadian public starting on the last Friday in the month of October. This year the Poppy campaign starts on 25 October 2013. Each year, on the eleventh hour on the eleventh day of the eleventh month, Remembrance Day is observed across Canada. Every year Canadians gather in community halls, memorial parks, schools, living rooms and more to observe a moment of silence and to mark the sacrifice and honour of so many.

“Last year, through the generosity of Canadians and the Legion’s Poppy Campaign more than $14 million dollars were provided for Veterans and their families in need,” says Gordon Moore, Dominion President of The Royal Canadian Legion. “This generosity has helped pay for special equipment such as wheelchairs, home improvements to accommodate injured Veterans, and school bursaries for children of Veterans,” said Moore. “We hope that last year’s generosity will be matched, if not exceeded again this year,” adds Moore.

In Thunder Bay the Royal Canadian Legion flag was raised at City Hall. 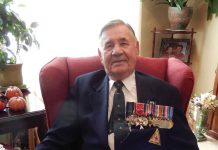