TORONTO – Toronto, Montreal and Vancouver have made the list. New7Wonders has released a short list of the seventy-seven top cities in the world that are open for voting by Internet voters.

The longlist of the New7Wonders Cities campaign has been revealed by Bernard Weber, Founder-President of New7Wonders.

The naming of the 77 cities marks the completion of the Qualification Phase of the global election, which began on 7 March 2012 and during which voters around the world made their choices from more than 300 cities. Now, the New7Wonders Cities Panel of Experts will advise on the selection of the 28 Official Finalist Candidates and the shortlist will be presented on Monday, 21 October.

Bernard Weber praised the diversity of the cities in the longlist as “extraordinarily stimulating as regards the past, present and future of urban life.” He added: “Global in its scope, this remarkable New7Wonders longlist reflects the energy and culture of the city at its best. United in their commonalties, and varied in their forms, cities remind us of the possibilities of civilization when, for the first time in history, more than half of the world’s population live in cities. My hope is that the New7Wonders Cities campaign will generate debate about the challenges cities face — national and international — and how they are responding to them.”

In alphabetical order, the 77 longlisted New7Wonders Cities are:

Following the declaration of the 28 Official Finalist Candidates on 21 October, voting for the New7Wonders Cities Finalists will proceed across three qualifying phases. The Official New7Wonders Cities, chosen by hundreds of millions of votes from around the world, will be revealed on 7 July 2014: 7.7.2014. 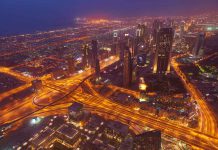 What You Need to Know About Dubai Freezone Company Formation