THUNDER BAY – Canada doing medical experiments on human beings? The news is simply too terrible to comprehend. Canada has fought against those kinds of disgusting actions to preserve the freedoms of people around the world. Now it appears, during the 1940s even as Canada’s armed forces were fighting the horrors of Nazi Germany, we had people right here at home doing medical experiments on Canadians.

Canada has some terrible ‘dirty laundry’ buried deep in our closet. The treatment of Aboriginal people in our country, from the reports now coming out our reputation is one that is not as shiny as it has been told.

“IN MARCH 1942, and after months of planning, a group of scientific and medical researchers travelled by bush plane and dog sled to the Cree communities of Norway House, Cross Lake, God’s Lake Mine, Rossville, and The Pas in Northern Manitoba. The trip was jointly sponsored by Indian Affairs, the New York-based Milbank Memorial Fund, the Royal Canadian Air Force (RCAF) and the Hudson’s Bay Company but had been spearheaded by Indian Affairs Branch Superintendent of Medical Services Dr. Percy Moore and RCAF Wing Commander Dr. Frederick Tisdall – Canada’s leading nutrition expert and the co-inventor of the infant food Pablum.

“The goal was to ‘study the state of nutrition of the Indian by newly developed medical procedures’, which meant that – in addition to collecting information on local subsistence patterns – the research team conducted detailed physical examinations, blood tests, and x-rays on nearly 400 Aboriginal residents of these communities. But even before they began to administer their battery of medical tests, the researchers were immediately struck by the frightening toll that malnutrition and hunger appeared to be taking. At both Norway House and Cross Lake, they reported that, ‘while most of the people were going about trying to make a living, they were really sick enough to be in bed under treatment and that if they were white people, they would be in bed and demanding care and medical attention’. Following a visit to the homes of some of the elderly residents of Norway House at the request of the Chief and Council, moreover, researchers found that ‘conditions were deplorable where the old people were almost starved and were plainly not getting enough food to enable them to much more than keep alive’.

In their official reports, the researchers drew explicit connections between the hunger and malnutrition they had witnessed and the broader health problems facing these northern Cree communities which, they noted, included a tuberculosis [End Page 146] death rate of 1,400 per 100,000 (compared to 27.1 for the non-Aboriginal population of Manitoba), an infant mortality rate eight times that of the rest of Canada, and a crude mortality rate almost five times that of Manitoba as a whole. At the same time, the research team also sought to situate the findings within a broader popular understanding of Canada’s so-called “Indian Problem.”In a preliminary report on their study in March 1942, they concluded:

It is not unlikely that many characteristics, such as shiftlessness, indolence, improvidence and inertia, so long regarded as inherent or hereditary traits in the Indian race may, at the root, be really the manifestations of malnutrition. Furthermore, it is highly probable that their great susceptibility to many diseases, paramount amongst which is tuberculosis, may be directly attributable to their high degree of malnutrition arising from lack of proper foods.

“To test this hypothesis fully, they proposed that an intensive one-to-two-year study be conducted ‘on a limited number of Indians’ to demonstrate the effects of nutritional interventions into the diet of an already malnourished population. This central study would then be complemented with an “[e]nquiry into the agricultural economy of the Indian,” a ‘study of the foods supplied by traders and the food subsidy for the destitute and aged in light of modern nutritional knowledge’, and an examination of the effectiveness of ‘teaching of domestic science and dietary knowledge in the schools”. They then added, by way of conclusion: ‘It is our belief that the Indian can become an economic asset to the nation’.

“The result, over the next decade, was not just a single examination of these communities in Northern Manitoba, but instead an unprecedented series of nutritional studies of First Nations communities and Indian residential schools by some of Canada’s leading nutrition experts in cooperation with Indian Affairs and, after 1945, with the Indian Health Services Branch of the Department of National Health and Welfare. The most ambitious and perhaps best known of these was the 1947–1948 James Bay Survey under the leadership of Tisdall, Moore, and University of Toronto anthropologist G. Gordon Brown. Less well known – to the extent that they appear to have received virtually no attention [End Page 147] from historians – were two separate long-term studies that went so far as to include controlled experiments conducted, apparently without the subjects’ informed consent or knowledge, on malnourished Aboriginal populations in Northern Manitoba and, later, in six Indian residential schools”.

There were  freezing/hypothermia experiments conducted and authorized by the Nazi high command to simulate the conditions the armies suffered on the Eastern Front. German forces were ill-prepared for the cold weather they encountered.

“Many experiments were conducted on captured Russian troops; the Nazis wondered whether their genetics gave them superior resistance to cold. The principal locales were Dachau and Auschwitz. Dr Sigmund Rascher, an SS doctor based at Dachau, reported directly to Reichsführer-SS Heinrich Himmler and publicised the results of his freezing experiments at the 1942 medical conference entitled “Medical Problems Arising from Sea and Winter”. Approximately 100 people are reported to have died as a result of these experiments”. (Source: Wikipedia)

During the time period that both the Canadian and Nazi medical experiments were going on, Canadian Airmen, Canadian Soldiers and Canadian Sailors were fighting and dying to preserve freedoms.

A Royal Commission is Required

The information coming forward, following the residential schools information demonstrates, in my opinion, that there was a systemic process in Canada underway that treated our Aboriginal citizens in a manner completely unacceptable to real Canadian values. The Government of Canada should be putting forth a Royal Commission, exposing all of the ramifications of this instance, and of any yet undiscovered ‘dirty laundry’ that remains hidden in Canada’s past.

Getting all the ‘dirty laundry’ out, into the public, working to fix it is important. Moving forward, apologies are simply not enough. It is also likely time for Canada to have the courage to follow up with criminal investigations, civil lawsuits against corporations where merited, and then ensure that no such practice can ever happen again.

As a Canadian, each one of us must be not only disgusted by this information, we must realize that many of the issues of the past remain in the same conditions of over sixty years ago.

We need, as Canadians to do the right thing. If the politicians are not interested, then bluntly put we need to elect leaders who will step up and do what is right. If companies involved are not willing to make it right, perhaps consumers need to initiate a boycott of their businesses.

Until we solve the problems of the past, it is certain that we will never honestly and fully move forward in Canada.

Its time to move forward. 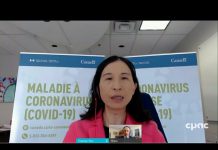