LONDON – Fighting stereotypes, bigotry and making false claims is one of the battles many indigenous people around the world face every day. Survival International has launched a vigorous rebuttal of Harvard ‘evolutionary psychologist’ Steven Pinker’s claim that tribal people are more violent than state societies.

In articles published this week in US journal Truthout, and the UK-based OpenDemocracy, Survival International’s Director Stephen Corry accuses Pinker – once named by Time magazine as one of the world’s 100 most influential people – of ‘claiming scientific support for what is mere opinion by falsely charging contemporary tribal peoples with more or less unremitting villainy.’

Corry writes, ‘Pinker’s baldly stated facts shake and buckle under cross-examination’. He accuses Pinker of: omitting facts which don’t fit his argument; getting many of his facts wrong; citing only those experts who agree with him; and ignoring the many others who don’t.

Starting with the first example in Pinker’s recent book ‘The Better Angels of Our Nature’ – the 5,200-year-old ‘Iceman’ named Ötzi – Corry reveals how Pinker’s suggestion that he was killed in a clash with another tribe is implausible. Corry goes on to expose countless other errors in Pinker’s supposedly ‘scientific’ argument, which has close parallels with the recent book ‘The World Until Yesterday’ by Jared Diamond. 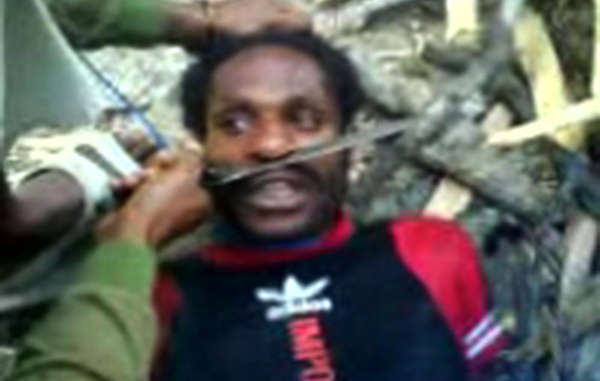 Pinker, like Diamond, accuses Papuans of being violent, but ignores the tens of thousands killed by Indonesia’s armed forces.
© Survival

‘The data presented by these authors [Steven Pinker and Jared Diamond] is at least contentious, where it’s not plain wrong. They go out of their way to portray tribes as ‘Brutal Savages’ … [For example], twenty percent of the data Pinker uses to categorize the violence of the entire planet’s tribal peoples (excluding ‘hunter-gatherers’) is derived from a single anthropologist, Napoleon Chagnon – whose data has been severely criticized for decades.’

Of Pinker’s principal declaration – that our ancestors (and today’s tribal peoples) were more violent than ‘civilized’ Western society – Corry concludes, ‘Pinker [believes] we are brutal savages until tamed by a nation state bringing peaceful civilization. As far as contemporary tribal peoples are concerned, it couldn’t be further from the truth: the arrival of the state unleashes a savagery second to none in its brutality.’

Yanomami Shaman – ‘The Falling Sky’ is an impassioned plea 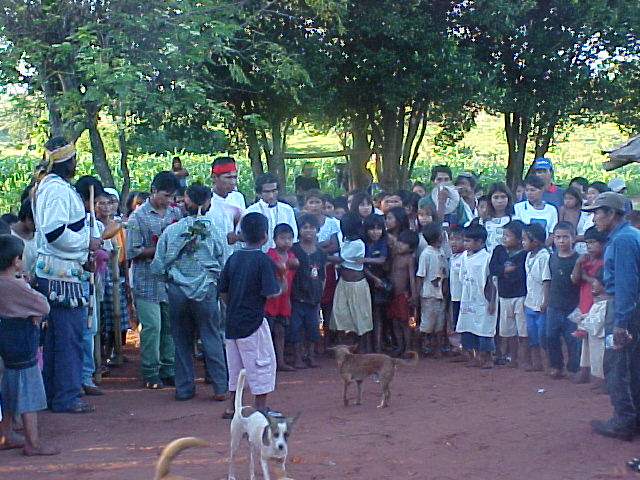