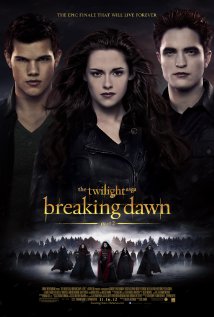 THUNDER BAY – Did you get to a movie this past weekend? The top movie in the rankings, in terms of what people went to see was Twilight Saga: Breaking Dawn, Part 2. The movie earned a rare 5/5 stars from NNL’s reviewer.

It was also the movie that more people went to see this weekend world-wide according to
Rentrak Corporation, the global leader in box office measurement.

The top-12
domestic weekend box office estimates
listed in descending order, per data collected as of Sunday, November 25, 2012 are below.

Full details regarding the global domestic and international box office results are listed in the table below.

Movies We Bet You Love to Watch