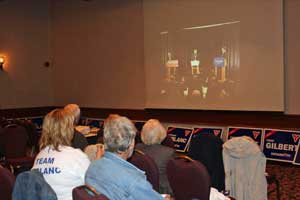 THUNDER BAY – Fallout over the OPG decision to halt the conversion of the coal generating station on Mission Island in Thunder Bay continues. The Society of Energy Professionals says that Ontario Government’s decision to stop the conversion of the Thunder Bay coal plant is a bad decision for the community which will result in lost jobs and halt construction of a badly needed generating plant in the area.

The Northern Ontario Municipal Association states, “For many years, NOMA and its partners have made energy a top priority in our meetings with Government.  We have been calling on the OPA to undertake proper energy planning in the Northwest including repeated requests to meet with Northwestern Ontario leaders and experts to discuss the comprehensive energy needs of the region. These requests have fallen on deaf ears and this decision is an unfortunate example of the consequence”.

“How dare the OPA ignore specific government direction by causing further delays to the Thunder Bay Generating Station conversion!” charged NOMA President Ron Nelson. “These actions jeopardize the conversion and also put at risk billions of dollars of investment in the mining sector by raising concerns that the required power may not be there when it is needed.”

“Why is OPA determined to turn off the lights in our region?” questioned Nelson. “Why is the Ontario Government letting this happen?”

The Society of Energy Professionals President Rod Sheppard says that the converted gas plant would have maintained employment for about 100 workers. “These workers would be employed in well paying jobs supporting the local economy by spending money in the Thunder Bay area”.

Sheppard added that “it is totally irresponsible for the Ontario Power Authority (OPA) to now say that it needs to explore other options for energy supply in the northwest. They know that generation is required. There are real issues of system reliability in the area. So why the change in direction?”

The bigger question Sheppard says “is why Chris Bentley, the Energy Minister, who has announced that he will be stepping down from his post, is allowing this to happen.”

“When the government wants to close a plant in southern Ontario, it simply instructs the OPA to do so and it is done. But clearly there is a different standard for the North.”

Sheppard said the cost to convert the plant would be about half the cost of building a new gas plant on a new site due to the infra-structure already existing on that site.

The Society President said the Energy Minister needs to direct the OPA to reach an agreement with OPG to convert the coal plant to gas.

“I hope local MPP Bill Mauro will also get involved and work with the Energy Minister to get this project back on track in the interests of all the workers and the local economy.”

The Society of Energy Professionals represents more than 8300 engineers, telecommunications and information technology professionals, scientists and others who for generations have designed, built, operated and helped safeguard Ontario’s vast electricity system. The Society’s members work for Ontario Power Generation, Hydro One, Bruce Power, the IESO, the OEB, the ESA and other key electricity sector employers. 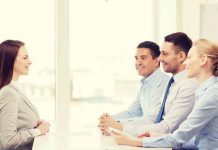 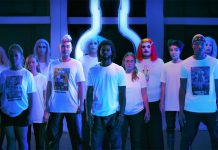